From Sick Care to Health Care

The following article was also published in the Opinion section of The Jerusalem Post (17th July 2022): https://www.jpost.com/opinion/article-712280

I’M FRUSTRATED! Why? To quote Dr. Michael Greger, the author of the bestselling books How Not to Die and How Not to Diet, “We have the cure, since 1990, there should be no heart disease.”

The evidence is conclusive!  What happened in 1990?  The Lancet medical journal published a landmark study by Dr. Dean Ornish showing indisputably that diet can not only prevent heart disease but it can reverse heart disease.  This trial lasted 5 years and had the most amazing results.

Dr. Greger points out that this should have been the beginning of the end of an epidemic. Heart disease kills 680,000 people every year in the United States. There is a heart attack every 39 seconds.  If we have the cure, why is this still the number one or number two killer in every industrialized country?

Let’s look further back to the year 1964.  It was in that year that one of the most dramatic pronouncements in the history of public medicine took place.  On January 11, 1964, the surgeon general of the United States, Dr. Luther Terry, proclaimed the dangers of cigarette smoking based on 7,000 studies and reports. The studies showed that cigarette smoking is a cause of lung cancer and laryngeal cancer in men, a probable cause of lung cancer in women, and the most important cause of chronic bronchitis.

And so it began.  By 1969, cigarette packages required warnings and by 1970, there were no longer advertisements for tobacco on television.  As time went on, more negative conclusions were drawn about smoking and ads were cut in other publications.  Ultimately, the percentage of Americans smoking dropped from almost half the adult population to the 12.5% of the population today.

We know what to do

At first glance, this was a great success from the point of view of public health.  But let’s look closer.  Why did it take 7,000 studies to finally prompt the surgeon general to make this great pronouncement?  How many lives could have been saved had this come out after 2 or 3 thousand studies?  As Dr. Greger points out, shouldn’t that have been enough?  Unfortunately this pattern continues.

We absolutely know how to prevent and reverse heart disease.  The same goes for type 2 diabetes.  10 years after Dr. Ornish did his trial, Dr. Caldwell Esselstyn did a similar trial with the same fantastic results.  Here is an angiography from one of Dr. Esselstyn’s patients, himself a surgeon.

(image from Journal of Family Practice)

Dr. Joe Crow finished a surgery and felt a crushing pain in his chest. He was taken to emergency care. They found that he was having a heart attack.  Dr. Crow’s left anterior descending artery was blocked, but they were unable to use a stent or do a bypass because of location.  He did Dr. Esselstyn’s program and 30 months later, you can see how the artery repaired itself.  The image on the left is the blocked artery, the image on the right is of a “good as new” coronary artery, repaired by diet. One can look at the original angiography of the Ornish trial and additional images from the Esselstyn trial. These images are astonishing!

Why are we moving so slowly?

If we have the cure for these diseases, why does chronic disease still ravage the Western world?  Why have organized medical societies been so opposed to adding hours of nutrition education in medical school, when poor food choices are now the number one preventable cause of disease in the world?

The global industry for stents is valued at over 6 billion dollars and for statin drugs over 16 billion dollars.  How well do they work?  The very latest meta-analysis done on the effectiveness of statins is unimpressive to say the least.  Published March 14th in JAMA internal medicine, this analysis of 21 randomized trials showed only a negligible outcome of preventing all-cause mortality.

Stents? A 2019 study done by Stanford and New York Universities showed no benefit in heart disease mortality rates among stable patients.  Meaning, only used in emergencies can stents be lifesaving.  Roughly half of bypasses and stents are elective surgery and not used for emergencies.  These procedures treat symptoms of disease but don’t address the root causes.

Where does this leave us?

Nothing will have the impact on our health more than changing to a diet of whole foods and mostly plants.  Add to that getting rid of most of the oils in the diet and for sure eliminating processed foods and one can prevent and reverse disease. YOU can do a better job that pharmaceuticals and stents!  Stents do have their place, they do and can save a life. For the long term and permeant result, the six principles of lifestyle medicine come into play:

To quote Dr. Esselstyn, “No number on a blood test ever gave anyone a heart attack or stroke, but what passes between your lips every day will.”

Back to our original question about sick care and health care.  Our current system is busy putting out fires but leaving the ambers burning.  Through drugs (many of which are cytotoxins), surgeries, radiation, and various procedures, we can slow the progress of chronic disease or maintain a status quo.

Modern medicine is engaged in sick care.  Health care would be to invoke these 6 principles in lifestyle as first line medicine. First prevent illness and then use the principles in conjunction with minimal use of drugs and surgeries when necessary.  Let us finally create a society that does not spend too much time in doctor’s offices and waiting for appointments. Let’s end the suffering of toxic drug side effects, and suffering with disabilities from diseases that are highly preventable and in most cases, reversible.

Remember the 7,000 studies needed for the world to come out against smoking cigarettes?  I’ll let you in on a well-kept secret. There are already well over 3,000 studies out there on the harmful effects of highly processed foods! Are you going to wait until 7,000?  I hope not.

There is ample evidence to greatly reduce or eliminate the consumption of animal proteins, including dairy and eggs.  Americans are eating 7 times the amounts of these foods as they did 90 years ago.  They are ingesting 73 pounds of oils a years per person compared to the 14 pounds they consumed in 1920. 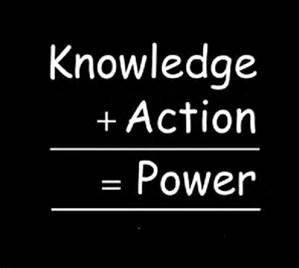 The health care revolution has already begun. Some Medical Schools are now adding more nutrition education and more doctors are learning about and using lifestyle medicine.  In 1903, Thomas Edison said, “The doctor of the future will give no medicine, but will interest his patient in the care of the human frame, in diet and in the cause and prevention of disease.” Don’t wait for more statistics.  Eat lots of vegetables, fruits, whole grains, legumes and some nuts and seeds—every single day.  Get moving! Put this into practice NOW and live a healthy, happy and productive life.  It will “add hours to your day, days to your year and years to your life.”