This article was also published in The Jerusalem Post: https://www.jpost.com/opinion/article-710922

This week, someone who was a fixture for many years here in Jerusalem passed away at the age of 84.  Dr. Reuven (Bob) Bruner was one of the early promoters of physical fitness and healthy lifestyle for the English speaking community.  He changed many people’s lives for the better, including mine. 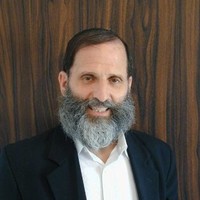 I first met Reuven soon after he made Aliya from Melbourne, Australia.  Although not a native Australian, he spent many years there running fitness clinics and helping people prepare for marathons, half-marathons, and 10k races.  But his main emphasis was to get those who were living the typical sedentary, Western lifestyle to change and enhance their health.

I still recall the day 31 years ago when Reuven, a short Lubavitcher Hasid, was looking for a ride out of Har Nof.  He gave me his business card, which I put away in my desk later that day. Only 4 months later did I retrieve the card and call. That call shaped my destiny forever.

I was about as sedentary a person as you can imagine.  I loved sitting on the couch, eating junk food, and using the car whenever possible.  My health issues included borderline high blood pressure and being overweight.  A month after calling Reuven, the weight was coming off, the BP was going down, and I felt much better.  After 6 months, I was jogging 20 to 35 kilometers a week, and it only went up from there.  More than that, Reuven helped me develop a passion for health and fitness that was to become my career down the road.  I was sold on preventative measures for health. I began to get my hands on any material I could in order to enhance my knowledge.  Reuven was right there with me.  I was Reuven’s first client in Israel and did my best to tell other’s about him.

Over time, he built up a nice clientele and was even flown to other countries from time to time.   For years, his columns were featured weekly in the IN JERUSALEM section of THE JERUSALEM POST.  He was a frequent guest on English news programs, like Israel radio and the Kol Simcha radio station that existed at that time.  Reuven earned a Master’s degrees in both Nutrition and Exercise Physiology.  His doctorate was in Sports Psychology.

During his lifetime, he ran many ultra-marathons, including participating two times in the Melbourne-Sydney 6 day race.  He boxed in the Rome Olympics in 1960.  Before moving to Australia and Israel, he worked in his home town of Montreal and then Los Angeles.

But more than this, Reuven was a true Hasid.  He looked after the welfare of many people.  There are people whose financial situation went awry, he was quietly and even secretly paying off many of their bills.  He was always concerned about the welfare of his fellow Jew, doing what he could to be of help.  Birthdays were always major events for Reuven.  Back in the 1990’s, he would bring refreshments to the track at Hebrew University and have an all-day “open house” where you could come and meet him, workout a little and partake in the celebration.  Years later, the celebration moved to Gan Sacher, and afterwards it moved to his synagogue.  But birthdays were always celebrated. 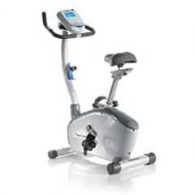 I think my own story is also a tribute to Dr. Reuven Bruner.  After years of working with him, he began letting me work with some of his beginning clients.  As I was then looking for ways to better my earnings, I thought that being a Personal Fitness Trainer might be a good avenue for me.  I was, however, hesitant as I did not in any way want to take from his source of making a living.

One day, I finally asked him to come over and chat. I asked Reuven if he thought I was ready to make this move, and second, was it okay with him.  I told him I was in no way interested in infringing on his Parnasa.  Reuven told me that I was definitely ready, and that our money comes from the One Above. There was plenty of room for plenty of people in this new and fledging industry.  He then encouraged me to get a good certification and even lent me a little bit of equipment to help me get started until I could afford to start purchasing my own.

I think that little story says it all.  Because of Reuven, I developed a new career and have gone on myself to also become a wellness coach and to receive several certificates in nutrition.

Reuven’s little adage was “Be alive as long as you live.”  The best tribute we can give to Reuven to honor his memory would be to commit to his adage and add one new health habit.  It can be a daily walk, eating more fruits and vegetables, a commitment to eat less junk food, or get more sleep.  Anything that we take on would honor his memory both as a groundbreaking exercise specialist and as the Baal Hesed—the performer of kindness—that he was.

Thank you Reuven for all you did for me, for turning my life around, as you did for thousands of others and for giving our health the importance it needs to be.