Here’s how things used to be when I was growing up.  You woke up in the morning and ate breakfast before going to school.  Then you ate lunch in school, or during a break at home, and in the evening, supper was usually eaten while everyone sat together.  This applied to most days of the week, most of the time.

But as society has changed and life has gotten more hectic, the way we eat has changed also.  There are more quick and fast food options. It’s easy to buy prepared foods ready to eat, or at least something to pop in microwave.  Preparation of food is entirely different than it once was.  As a result, eating is less formal and less scheduled.  What was ordered eating—3 meals a day and a couple of snacks has now become very disordered in our society.  In today’s world, eating in the car, skipping meals, and relying on shakes and nutritional bars as the main source of nutrition is socially acceptable and even considered normal. Nothing could be further from the truth! These behaviors are not considered part of balanced eating, and although they aren’t defined as eating disorders, they are categorized as disordered eating behaviors. Often, these two terms are used interchangeably, but there are clear distinctions between them.

A client I worked with last year clearly had an eating disorder.  Although we gave her a good education in eating and food choices, her behaviors indicated real binge eating, among other disorders.  I sent her to a psychologist who specializes in treating people with eating disorders.  Another client was completely involved with her body image.  When she walked into my office because she wanted to lose weight, I was in shock.  After weighing and taking measurements, I explained that all of her parameters were within normal weight range, so why was she coming to a weight loss program?

Many of my clients have some disordered eating, although some have it more than others.  By disordered, I mean lack of mindfulness and very little control.  Disordered eating behaviors are defined as “the full spectrum of eating-related problems from simple dieting to clinical Eating Disorders” (Pereira & Alvarenga 2007).  Although DE does not have specific criteria for diagnosis, we watch for certain signs and symptoms to identify those who may be suffering from DE behaviors. Examples include yo-yo dieting, frequent weight fluctuations, binging, use of laxatives or diuretics, purging, food restrictions (no carbs, fat-free, no fruit, etc.), and perhaps the most important, a preoccupation or obsession with food and exercise (Anderson 2015).

Someone who is doing a lot of grazing, that is reaching for food randomly throughout the days, is almost certainly in the category of disordered eating.  It is interesting that some of the same risk factors for ED are common to DE.  Three common risk factors are dissatisfaction with how one’s body looks, dieting, and yes, technology is also a contributing factor.

A very powerful risk factor for ED and DE, body dissatisfaction, happens when an individual’s misperception of his or her body doesn’t match reality.  This idea is usually picked up from the media and is not limited to people who think they’re overweight. It can also affect very muscular individuals who think they’re not muscular enough. 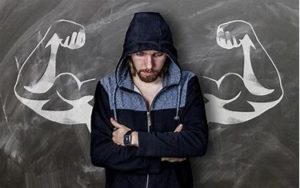 Research indicates that people with perceived excess weight who relentlessly pursue thinness may increase their risk for weight gain and eating disorders (Saarni et al. 2006). There is no question, as studies have shown, that internet and social media are big negative players here.   Aggressive marketing dictates the perfect body type, to which everyone should seemingly aspire. Exposure to such messaging has been increasing greatly. Because pictures on these forums are from people rather than marketing firms, they’re perceived to be more realistic, which makes them more dangerous. In reality, presenting a false image by filtering and doctoring a photo before posting is easier than ever.  Pressure from peers and family has also been shown to have significant influence, especially on young females (Kong & Harris 2014).  Although one would think that we are immune to this, it still does filter in and is definitely found within our community.

In general, diets can lead to a preoccupation with eating and unhealthy eating behaviors. Very restrictive diets may trigger periods of binging. Research has indicated that the more someone diets, the higher the risk that he or she will gain more weight in the future (Pietiläinen et al. 2012; Saarni et al. 2006). Dieting and weight loss may trigger a slowing of the metabolic rate, otherwise known as metabolic adaptation. When the resting metabolic rate drops, fewer calories are burned, making it more difficult to lose weight. Researchers found that among males, going on just one diet significantly increased the risk of becoming overweight, and in females, that same risk doubled (Pietläinen et al. 2012; Saarni et al. 2006).

Advances in technology have changed the way we do things in all aspects of life. A while ago, I wrote an article about fitness trackers, but now here is some new research.  In regard to health behaviors such as eating and exercising, we can now track everything, work out online, and give and get immediate feedback. There are apps and tracking devices to continuously tell us if we’re doing enough or whether we’re being “good” or “bad.” The term “techorexia” describes the compulsive behavior normalized by the popularity of health technology (Simpson & Mazzeo 2017). 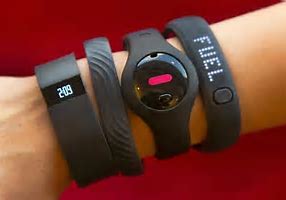 These trackers can be very helpful, especially for people trying to lose weight and those who want to be more aware of their habits. However, fitness trackers can also be very harmful to people with or at risk of developing ED or DE.  In fact, fitness trackers and ED are correlated (Simpson & Mazzeo 2017). Individuals who use calorie trackers have higher levels of concern about eating and dietary restraint. Compulsive and perfectionistic thinking about weight is common among people with ED. For them, using trackers can become a way to quantify self-worth. Not meeting a set goal (calories, steps, workouts, etc.) can quickly turn into a negative, increasing their dissatisfaction, anxiety and guilt.

What do we do?

Treatment for ED and DE begins with an emphasis on nutritional rehabilitation and weight restoration. It should also include psychotherapy, nutrition education, and where applicable, medication and hospitalization. Interventions and educational programs are aimed at decreasing body dissatisfaction and sharing how dietary restrictions and/or purging behaviors negatively affect your health. Peer-led education can be beneficial.   Exercise is NOT a treatment for eating disorders. The prevalence of excessive exercise in people with ED is 39%. On the contrary, addressing excessive exercise is a big component of treatment for those with ED or DE. Finding a healthy relationship with exercise can be as difficult as building a healthy relationship with food and body.

It is important to gain control and stay mindful.  A food plan from a qualified registered dietician who has some

experience with eating disorders is essential in addition to other treatments.  There are various techniques that can help with disordered eating.  Charting your food properly is probably the single most important thing to start doing.  I can’t emphasize enough, that while people like myself and my staff can deal with and treat disordered eating very effectively, individuals with eating disorders must be under the care of a competent psychologist.  Although this might be done in conjunction with other professionals, the psychologist is the head of any team treating an eating disorder.

If you are suffering from disordered eating, stay away from quick fix solutions. Seeking out professionals with both experience and a good track record to help you gain control of your eating, exercise and weight, will “add hours to your days, days to your years, and years to your life.”