Why Are You Overeating?

Previous Next
Why Are You Overeating?

As every life coach or wellness coach knows, the one question we don’t ask your client is “why?”.  We usually deal with the “how, when, what, and if”.  Although I wouldn’t ask my clients “why” they are behaving as they are, I certainly try to get them to understand why they are undertaking bad habits.

A most common problem is eating for reasons other than hunger and nutrition. Unfortunately, most people who are overweight are eating for the wrong reasons.  Not only that, but they are usually employing the wrong techniques to stop their overeating. After all, how many times have you either said or heard the line, “Eat less and move more”?  That’s a pretty simple formula that really can work, yet we don’t put it into practice.  When Randy came to see me several weeks ago she remarked, “Why can’t I just use my willpower and stop unscheduled eating?”

Where there’s a will… 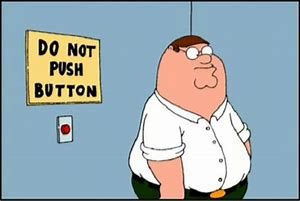 Randy starts each day determined to do better with her poor eating habits.  But almost every day, there is unplanned eating, over eating, picking at food left around the house and turning to food out of boredom.  Every day ends with a depressed Randy.  I explained to Randy that willpower is a nice technique but it is a very short term solution to anything.  A survey was done by the American Psychological Association on changing behaviors for better health. The results showed that the number one answer among reasons people give for not succeeding with weight loss was lack of willpower. “Studies show we have limited amounts of willpower to draw on,” says Teresa Vogt, MEd, a health educator in Colorado Springs, Colorado. “It’s not an efficient tool for something that we do multiple times a day—like eating.”

Willpower is the capacity to delay immediate gratification for long-term reward.  One study tested willpower by placing people in a room with two bowls: one with radishes and the other with fresh-baked chocolate-chip cookies. Half the subjects were asked to eat only cookies, while the other half were asked to eat only radishes. Later, both groups worked on an unsolvable puzzle while researchers measured how long they persevered. Those forced to resist the temptation of chocolate-chip cookies gave up more quickly than those who didn’t, suggesting willpower depletion (Baumeister et al. 1998). Many studies since then have revealed the same truth: Willpower is like a muscle that fatigues with continued exertion.  When it comes to eating, willpower is especially not effective in resisting temptations to eat.  There are both biological and psychological reasons for overeating.  You might have one or the other or like many, you probably have some of both.

Lets’ take a look at the physiological reasons we might be overeating.  Our bodies overreact if they don’t get enough food or nutrients. Overeating and under-eating go hand in hand.  Teresa Vogt adds “This under-eating/overeating cycle can last a day (by skipping a meal and binging later), a week (dieting through the week and overindulging on Shabbat) or months (restricting for periods of time and binging once you allow yourself permission to eat).”

Being obese can alter our biology to encourage overeating. Liana Tsirklin, MS, lifestyle educator at Kaiser Permanente in San Diego explains that it’s difficult for obese individuals to lose weight because the adipose cells generated to store fat want to maintain themselves. This means they don’t want to let the fat go. “They alter the secretion of hormones that control hunger and appetite. Leptin, the hormone responsible for satiety, becomes suppressed, which leads to a lack of fullness signaling to the brain.” This helps explain why people who are obese can have a tough time managing food intake and losing weight.

The latest research on vitamin D shows that when vitamin D levels are low, the hormone that helps turn off your appetite doesn’t work, and people feel hungry all the time, no matter how much they eat, comments Dr. Hyman. He also notes that low levels of omega-3 fatty acids can alter insulin control, increasing hunger. Optimize vitamin D and omega-3 fatty-acid levels and consider other natural supplementation such as glutamine, tyrosine and 5-HTP to reduce cravings.  Rhodiola, which reduces stress, and chromium, which balances blood sugar, can also help.

Emotions have a huge influence on how we eat. You may choose to express virtually any emotion by eating, whether it’s comfort when you’re sad, celebration when you’re happy, procrastinating when you are stressed, or entertaining yourself when we’re bored.

Eating to manage emotions can quickly become problematic. “With overeating, there’s usually another root issue that isn’t being addressed. Overeating is a way to create a secondary problem when the root problem is too overwhelming to process,” says Carly Pollack, MS, founder of Nutritional Wisdom. “The guilt and shame associated with overeating create feelings of unworthiness. People then overeat for comfort from that feeling, and the vicious cycle continues.”

Start with talking less about food—divert your attention elsewhere.  “When I find myself reaching for junk food, I ask myself two questions,” says Dr. Hyman, “One, what am I feeling? Two, what do I need? Am I sad and needing to talk to a friend? Do I feel tired and need to sleep?” Unmet needs that are causing overeating need to be addressed, but not with food.

Tsirklin recommends learning the difference between hunger and appetite. “Hunger is the physiological need for food, as dictated by the stomach growling or contracting. This can also manifest in an inability to think clearly or focus. Appetite, on the other hand, reflects our psychological desire to eat.”  By understand true hunger, you can become more aware of other needs manifesting as the desire to eat and help find healthier and better coping strategies.

Food is not a problem-solve

I have many weight loss clients with emotional eating problems.  Getting someone to first understand that food will never solve a problem other than hunger or nutrition is a good first step.  However there is usually a lot more to do beyond that.  My staff always tries to get our clients to slow down their thinking. We challenge clients to analyze the thought of eating “right now” and getting them to make a cost-benefit analysis of the situation.  In other words, is eating this food right now worth it?  Using motivational interviewing (MI) along with cognitive behavioral coaching and therapy (CBT) are the most effective techniques we have today.

Randy began tracking and writing what she was eating, when she was eating and what her emotions were while eating.  We worked together to find patterns and we also began dealing with her emotional reasons for eating that involved finances, relationships, and an unscheduled life.  As the awareness of her food intake increased and the other problems in her life began to be dealt with, the overeating decreased and so did her weight.

Willpower usually won’t work and because of its short term effectiveness, it might even make things worse. Investigating the “why” of your eating and learning to eat for hunger and nutrition will “add hours to your days, days to your years, and years to your life.”