Your money or your health?

Previous Next
Your money or your health?

When people are interested in any of our programs, I encourage them to come in for a free 20 minute consultation. This gives us an opportunity to make sure we are on the same page in terms of what is involved in succeeding in order to attain their goals in health and weight loss.  A large percentage of people that come for a consultation sign up and start a program, but a lot of people don’t.  This past week, three of the people who came in chose not to do the program because they perceived the program as too expensive.  Putting their personal financial situation aside, for each one of these people their health is at risk and it seems that paying some money would bring great benefit to their overall health and quality of life.

Everyone has some type of budget they live on. What we sometimes forget is that decisions with money that might seem prudent in the short term, may affect me negatively in the long term.

When you don’t have good health, you tend not to function well.  It affects everything you do from being able to get up in the morning, to going to work, to visiting your grandchildren, and it plays into general mood.  Let’s look at the dollars and cents involved in being healthy and having a good quality of life. 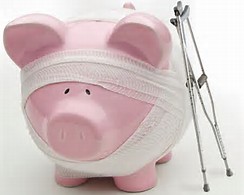 A number of year ago, researchers at George Washington University took the expense equation for health a step higher.  They added in things such as employee sick days, lost productivity, even the need for extra gasoline – and calculated that the annual cost of being obese is $4,879 for a woman and $2,646 for a man.  Now, if you are only overweight, the cost is less — $524 for women and $432 for men.  Why the difference between the genders? Studies suggest larger women earn less than thin women, while wages don’t differ when men “pack on the pounds” – a big surprise, said study co-author and health policy professor Christine Ferguson.

Obesity is linked to earlier death. While that’s not something people usually consider a pocketbook issue, the report did factor in the economic value of lost life. That brought women’s annual obesity costs up to $8,365, and men’s to $6,518.

In addition to the direct costs of being overweight and obese, let’s look at a person with heart disease. Cardiovascular disease is the leading cause of death, and multiple medications are often needed to control symptoms and risk factors. In a recent study following 104 people with ischemic heart disease, average monthly costs were $104.77 for cardiac medications and $115.54 for non-cardiac medications, for a total of $220.31. In addition, the cost of heart disease and stroke in the United States was $368 billion in 2004, including health care expenditures and lost productivity from disability and death.

If you are an employer, you may want to insist that your employees exercise. In 1995, Nicolaas Pronk, director of HealthPartners’ Center for Health Promotion, surveyed nearly 6,000 HealthPartners members over age 40 about their lifestyle and health status, and then looked at 18 months’ worth of their medical claims. In a report based on that data, published in the Journal of the American Medical Association (JAMA), he compared people with poor habits to those with healthy ones and found that:

Those who suffered from the chronic illnesses that are often the result of unhealthy lifestyles – particularly diabetes and heart disease – were the costliest of all. Diabetics cost 137% more than non-diabetics, and those with heart disease cost 150% more than those without, the study found. 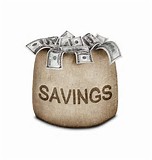 Obesity and sedentary lifestyle are escalating global epidemics that warrant increased attention by physicians and other health care professionals. These linked conditions are responsible for an enormous burden of chronic disease, impaired physical function and quality of life, at least 300,000 premature deaths, and at least $90 billion in direct health care costs annually in the United States alone. Couple all this with the rising premiums for solid, comprehensive health insurance and it becomes obvious that it pays to workout, eat properly and be healthy.

A number of years ago, I worked with a client who we can definitely say fell into the category of not having any extra money, but he was overweight and had failed on other programs.  He also is someone who tracked his money as well as his food. That is, every expenditure was written down and income was accounted for.  One day, he called me all excited.  He did the math and realized that the amount of money he was paying me for the program was basically the amount of money he was already saving in one year just from eating differently and therefore, shopping differently.  He was only buying what he needed and not more.  He was no longer buying expensive junk food.

Another person I worked with used to always stop on her way to just about anywhere (many times after exercising) and would get an iced coffee.  This could be 5-6 days a week.  Not only were the extra calories not helping her, she realized that the amount she was spending a year on iced coffee could easily pay for a day and night’s vacation away.  Now couple all this with the future health expenses she might potentially have had if she hadn’t invested in the program

Yes – it CAN be costly to take on a trainer, join a health club or enroll in a program like 10 Weeks to Health, but it’s definitely money well spent. Investing in staying in shape and improving your overall lifestyle habits may, in the long run, be less costly to your health AND to your wallet.

Making your health enough of an economic priority will save you money in the long run and will “add hours to your day, days to your yea, and years to your life.”