Some Patience and a Lot of Grit

Previous Next
Some Patience and a Lot of Grit

Meet Aviva! It’s not every day that someone who starts our program is 157 cm (about 5 feet, 2 inches) tall, 53 years old (a difficult time for any female to be losing weight) and weighs 155 kilograms.  Aviva’s BMI?  More than 62!  It won’t surprise you when I say that there is some high blood pressure, slightly high blood sugar, and her LDL (bad cholesterol) is way high.  Aviva is a mother of many children and several grandchildren.

There was no question that unless something would happen to turn her situation around, Aviva’s chances of a long, healthy life would be greatly diminished.  Those close to her were encouraging weight loss surgery, but she had other ideas.  Where do we start and what do we do? 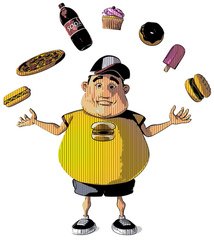 It may come as a surprise to you but the single most discriminated group of people in the United States today are the obese.  Research has demonstrated substantial impact on personal relationships, educational and professional achievement and even the way health care is delivered.  Weight bias is actually a reason that obese individuals don’t seek help for weight loss.  Telling someone obese to lose weight actually has the opposite effect.

In one study of more than 2400 overweight and obese women, 79% reported that they coped with weight stigmatization by simply eating more! Another consequence of weight bias is low self-esteem, poor body image and a higher risk of depression.  Youth who are victims of weight bias are 2-3 times more likely to engage in suicidal thoughts.  No one should be judged just because they are obese!  This is rule number one.  In fact, be empathetic and try to identify with their plight.

The great psychologist Carl Rogers identified empathy as:  “The state of empathy, or being empathic, is to perceive the internal frame of reference of another with accuracy and with the emotional components and meanings which pertain thereto as if one were the person.”  Rogers held that empathy was the root of a good therapeutic relationship and the ability to be effective and to bring a patient or client to change.  If you want to truly help someone who is obese to make improvements and better his life, step number one is to treat him with respect. Instead of judging, consider his plight as if it was yours. This was my approach with Aviva.

Starting with some education

First off, Aviva had a session with our dietician to educate her about good eating.  It’s not easy for a 53 year old to change lifetime habits.  We started slowly with a few changes and some light exercise.  I encouraged Aviva to start walking twice a day for about 7 minutes each time. Aviva was also going to try and walk more from place to place, no matter what the pace.

One might expect that Aviva came back after the first week with a substantial drop in weight, given where she was starting from.  Yet seven days later, at her weekly weight in, we saw a disappointing 200 gram drop.  I double checked to make sure her thyroid function was okay, and it was.  I realized that this was going to take a lot of work and a lot of poking and prodding on the coaching side.

It took a very long time until we started to see meaningful results.  How long?  Almost a year.  It took Aviva that long to take all of the knowledge she had accumulated in our office and put it into action. 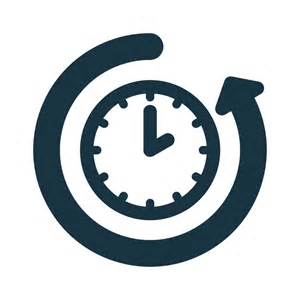 Aviva’s financial situation was not great and I was reluctant to encourage her to upgrade her program and move into personal training twice a week, in addition to her coaching program.  But she was determined to succeed! The one thing we had accomplished over our first year was that weight loss was now very important to her.

Aviva approached family members to help with the finances.  We started the training and I also became a little more aggressive in our coaching sessions.  For the first time in almost a year, Aviva was working hard and making progress.  I had made it clear that if she didn’t do her homework this might be a waste of time and money.  Over the last two months, there hasn’t been a day where she hasn’t done exercise.  Her chances of success have become greater since she has pushed other things to the side and made her health a big priority.  In order for her to succeed, it has to be.  We are looking at years of work ahead of us but are optimistic that the results will be positive.

I am personally in awe of the effort Aviva is making.  Try to understand the amount of weight she person is carrying around — 90 Kilo MORE than her healthy weight!  Just to do her walking and exercise is such a huge effort every time.  Yet Aviva is pushing and pushing.  And she has begun to get results.  She has what is known as grit.  What is grit?  According to the Authentic Happiness Website of Dr. Martin Seligman, grit is the tendency to sustain interest in and effort toward very long-term goals.

On average, individuals who are gritty are more self-controlled, but the correlation between these two traits is not perfect. Some individuals are models of grit but not self-control, and some exceptionally well-regulated individuals are not especially gritty. While we haven’t fully worked out how these two traits are related, it seems that an important distinction has to do with timescale. As Galton (1892) suggested, the inclination to pursue especially challenging aims over months, years, or decades is distinct from the capacity to resist “the hourly temptations,” pursuits which bring momentary pleasure but are immediately regretted.  In other words, it’s being able to focus and then pursue your goal for a long period of time.  That is exactly what Aviva is doing right now. She has developed the ability to forgo immediate gratification and stay focused on changing habits and behaviors for the long term—she has grit!

It has taken me a long time to help Aviva to turn her life around.  I must admit, that I have been thinking that this venture might not work and I was ready to give up.  After all, a year is a long time to get the result we got.  Yes, it’s true she stopped gaining and its true there was some very slight weight loss.  But I also knew, and still know, that Aviva is someone who unfortunately is always on the brink of catastrophe.  This mother, grandmother, wife, sibling and daughter has much to live for. She just had to realize it, and now she has!  I always encourage clients not to give up and when one way doesn’t work, we try others.  But in this case, I also learned that I can’t give up either.

We have a long, long way to go.  For Aviva to become truly healthy will take a few years.  But she is now able to walk from place to place, do modified push-ups, pick up some weights and her overall ability to function has increased substantially.  She feels better both physically and mentally.  And as I say to all of my clients, every kilo you lose is a kilo of health you are gaining.

Together we have developed determination, patience, and grit.  Aviva knows she is welcome to be in contact with our office all the time. Here she is being treated with empathy, and this as much as anything else, has helped her self-esteem and self-respect.  I am now confident Aviva will meet her health and weight goals, and by doing so, she will “add hours to her days, days to her years, and years to her life.”