What a Pleasant Surprise!

Previous Next
What a Pleasant Surprise!

People sign up for various programs in our health clinic for various reasons.  Although many clients come in order to lose weight, there are usually health issues involved that are more important to address than the extra weight. There are the typical problems of diabetes, high blood pressure, high cholesterol and muscular-skeletal problems including lower back pain. Some clients have auto-immune issues, such as irritable bowel syndrome, and others have mental health challenges, such as depression or anxiety.  Although these clients came primarily for weight loss, we’re often pleasantly surprised when other issues are helped or cured.

Mrs. P. called our office about her son.   A diligent student, Mat, was very overweight. That was the least of his problems.  At this young age of 19, Mat suffered from high triglycerides, high cholesterol, and a very fatty liver. To top it off, because he also had a terrible case of psoriatic arthritis together with the amount of weight he was carrying around, it was very difficult for Mat to walk for more than 10 minutes at a time. Exercising was going to be a challenge.

One thing was for sure, Mat was willing to do our 10 Week program, putting forth the best effort possible.  His obstacles weren’t just the psoriatic arthritis and the obesity, he also had a very intense school schedule. Because the school and its dormitory were distant from his home, getting food from home on a steady basis was also going to be difficult.  But each week, he did his exercise assignments to the best of his ability and followed the food plan as best he could.  And week by week, weight came off.  And the more active he pushed himself to become, the longer and faster he could walk pain-free. 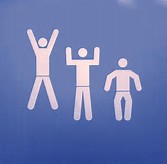 After 6 weeks of exercise, good eating, and most of all, starting to believe he could improve his lot, Mat went for a new blood test.  In just 6 weeks of being compliant, which included cutting out almost all processed food, his fatty liver was gone, his cholesterol and triglycerides were all in the normal parameters and his sugar was perfect.  He eliminated the need for medications.  The big surprise? Although it wasn’t really a first-line goal of ours, his psoriatic arthritis was affecting him far less and he was able to walk farther and faster every single week.  Most importantly, his pain was greatly reduced.

Estelle came to me mostly because of weight loss, high cholesterol, high triglycerides, and overall fatigue.  We began to work on a plan for exercise and very different (healthier) eating. As she was in midlife, things moved slowly, but steadily. She was feeling better and better and her weight and cholesterol were both going down. But Estelle also had terrible eczema all over her skin.  In addition, she had been mildly depressed for a few years.  Estelle worked very hard with her eating and especially her exercise.  I also referred her to a different dermatologist to deal with her skin condition.  Isn’t it interesting that, in addition to other interventions, the doctor told her how important exercise is for her eczema?

Estelle might have come to us to get better cholesterol and triglyceride readings.  She also certainly wanted to look better by losing weight.  Surprise!  Not only did she accomplish her short-term goals in those areas, her skin totally cleared up.  After all our training and coaching together, Estelle also came to realize there are good relationships in her life worth pursuing and poor ones to stay away from.  She realized it’s not too late to start over and she is doing just that.  She is looking forward to a life with a lot less stress and a lot more meaning and all that while feeling better and gaining good health.

Elly was sent to me specifically because he had lower back pain and sciatica for a year and a half.  That is a long time to be in pain!  He was scheduled for a complicated back surgery in America, but someone told him to see me.  Our immediate goal was to relieve his pain and hopefully to obviate the need for surgery.  We succeeded in reaching both of our goals.  But recently, surprise! Elly starts telling me that now his body has taken a different shape and his muscles are working better.  He also is doing a lot better with hills and stairs and his cardiovascular fitness is improving steadily.

Natan came to me a few years ago after his wife had done our 10 Weeks to Health program.  She radically changed the eating in their house.  But Natan was fatigued and felt weak.  He came for personal training.  After 3 weeks he told me that his migraines were gone.  Migraines?  He never told me about migraines.  Natan then told me sometimes these migraines were so bad he couldn’t work and that his ability to function was almost non-existent during a migraine.   Not only did Natan gain strength, endurance, and get into good aerobic shape, but surprise; the migraines– that we never even discussed at the beginning of his program– went away and haven’t come back.

Jake came in very overweight with a fatty liver, the beginnings of type 2 diabetes and high blood pressure.  We worked hard! After about 4 months, a new blood test showed that Jake’s sugar was down, and his fatty liver was gone.  I checked his blood pressure and his numbers were much improved.  Jake had been extremely careful to eat only healthy choices and he had practically cut out highly processed foods completely.  Surprise!  He told me this was the first year in a long time that his allergies didn’t bother him.  He didn’t need antihistamines or his steroid nasal spray this time around.

All of these stories are about pleasant surprises. Just by making better choices in eating and adding more exercise and activity, we see results well beyond what we were hoping for and in areas we weren’t even focusing on.  If you take care of your health, you may be surprised just how many things change for the good and “add hours to your day, days to your year, and years to your life.”