It is commonly known that exercise is considered very good “medicine” for many physiological problems. Exercise can help prevent heart disease, cancer, diabetes, obesity, and countless other physical problems.  More and more, exercise is being recommended by doctors and other health providers in place of, or in conjunction with, medication for high cholesterol, high blood pressure, diabetes and even gastrointestinal issues.

One area that has not received much publicity is the increased use of exercise to help those with mental illnesses. Mental health disorders affect more than 20% of the population in the United States today and are the leading cause of disability (lost years of productive life) in North America and Europe.  By 2020, major depressive illness will be the leading cause of disability in the world for women and children. 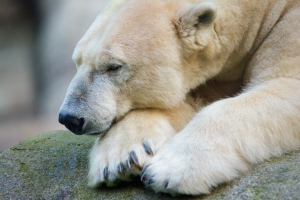 If we look at specific age groups, 22% of people aged 18-25 have some mental illness; the same is true of the 26-49 age bracket.  For people over 50, this drops to 14.5%.  Emotional and mental conditions have become prominent in our society.

The good news is that treatments for serious mental illnesses today are highly effective. Between 70 – 90% of individuals have significant reduction of symptoms and improved quality of life with a combination of pharmacological and psychological treatments and other supports. The current research now shows that exercise can be not only a significant component, but even a primary intervention.  It is being used more and more as a first-line treatment for many forms of mental illness.

Over the years, I have written articles on the very positive effects of exercise on one’s mental health.  Particularly in cases of depression, stress, or anxiety, numerous studies have all proven beyond a doubt the effectiveness of exercise as a prime treatment.

Think of something very simple.  You are feeling down about something or there is an excessive amount of stress in your life.  You go out for a 30 minute brisk walk (hopefully in the sunshine).  How do you feel after that walk in comparison to before?  That is exercise doing its thing!  It is getting your body to increase the hormones and neurotransmitters that make one feel better.  Newer research has linked how our gut bacteria (microbiome) play a role in mental health. There is no question that exercise, along with good nutrition, creates a better balance in the microbiome.  In turn, that also has a positive effect on mood. 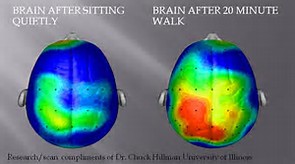 Yes, this is a physiological answer to a psychological problem and yes, it really does work!

This is not to say that other interventions may not be needed, such as talk therapy.  However, there have been so many positive studies in this area that we are actually beginning to be able to quantify how much exercise helps and what types may be most effective.

Exercise physiologist, Dr. Len Kravitz, took a close look at a study that appeared in The Lancet medical journal in 2018.  The first observation he made is that active individuals are 45% less likely to have depressive symptoms than inactive people.  In an analysis of 852,068 people who exercise, 43.2% reported fewer health burdens per month than non-exercises.  This was true across all ages, race, and income levels.

How long to spend exercising

Exercise sessions lasting between 30 and 60 minutes correlated with the fewest mental health burdens—45 minutes produced the best effect consistently.  Sessions longer than 90 minutes saw a diminishing return during the extra minutes above the first 45. And when you overdo your exercise, like exercising for more than 3 hours per session, there were greater mental health burdens than not exercising at all.

How often do I need to exercise to reduce mental health burdens?

Survey respondents who exercised 3–5 times a week had fewer mental health burdens than those who exercised less than 3 times or more than 5 times. This pattern persisted across all exercise types — light, moderate and vigorous intensities.

Not only does time and frequency matter, but so does intensity.   The study found that vigorous exercise was linked to better mental health outcomes than either light or moderate exercise.  That is something that people must work up to.  So while one is getting good benefit at moderate intensity, if over the course of time he can become a better exerciser and increase his intensity, there will be even more benefit.

The power of exercise

Exercise directly affects the brain. Regular exercise increases the volume of certain brain regions. This is done, in part, through better blood supply, improved health of your neurons, and by the improved delivery of oxygen and nutrients. In addition, regular exercise increases neurotrophic factors and neuro-hormones (like serotonin, oxytocin, epinephrine and dopamine) that support neuron signaling, growth, and connections. 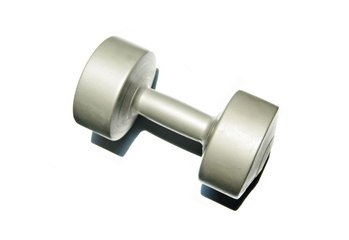 Of critical importance for mental health is the hippocampus — an area of the brain involved in memory, emotion regulation, and learning. Animal studies show convincingly that exercise leads to the creation of new hippocampal neurons (neurogenesis). Some new evidence suggests this is also true in humans.

Evidence is accumulating that many mental health conditions are associated with reduced neurogenesis in the hippocampus. The evidence is particularly strong for depression.

When exercise pumps blood to the brain, it will make you think more clearly and creates sharper memory and thinking. The same endorphins that make you feel better also help you concentrate and feel mentally sharp for tasks at hand. Exercise also stimulates the growth of new brain cells and helps prevent age-related decline.  It will also help you sleep better which is key to keeping our stress responses in check.

So if you are feeling down, stressed or anxious, put on your running shoes and get moving!  Do a few pushups and sit-ups and as you progress in your exercise — get intense!   Remember, more is not necessarily better, but 30-45 minutes will do wonders for your attitude, emotional state and mental health in general.  Exercising for both physical and mental health will “add hours to your day, days to your year and years to your life.”