To Win the Battle of the Bulge

Previous Next
To Win the Battle of the Bulge

We all know how difficult it is to lose weight.  We all know the dangers of being overweight and we all know it just how lousy it feels.  Research shows that two thirds of Americans are overweight or obese and it is associated with hypertension, cardiovascular disease, diabetes, depression and various cancers (Malik, Schultz & Hu 2006). Furthermore, studies find that Americans tend to gain weight slowly over time after age 50—adding approximately 1 pound per year (Mozaffarian et al. 2011).  As a wellness coach who deals in weight loss, I think I’ve heard the same thing from hundreds of people—“how did I let this happen to me?!”  Who becomes overweight? How can I prevent the problem in the first place?

Dr. Len Kravitz PhD and Troy Purdom MS have dedicated research to predicting who is most likely to gain weight based on 6 specific behaviors.  Understanding these specific behaviors will help people prevent or manage weight gain.

Studies also found that eating foods such as nuts, whole grains, fruits, vegetables, yogurt, diet cheese and milk (low-fat, skim and whole) appeared to curb weight gain. These foods have slower digestion rates  and appear to enhance the feeling of fullness after a meal. These foods can replace other, processed foods, creating a situation where people who eat more fruits, nuts, vegetables and whole grains may gain less weight over time. Portion control still plays a role, even in healthy foods.

Sugar sweetened beverages (SSBs) offer little nutritional benefit and are the greatest provider of kilo-calories in the American diet (Dennis, Flack & Davy 2009). They account for approximately 8%–9% of total energy intake in children and adults. SSBs contain carbohydrates of various forms, such as high fructose corn syrup, sucrose and artificial sweeteners. SSBs have little impact on satisfying hunger, so people can consume large quantities without suppressing their appetite (Mattes 2006).

The body’s response to carbohydrates (of equal caloric value) differs depending on whether it is liquid or solid. DiMeglio & Mattes (2000) found that people who drank SSBs gained significantly more weight than they did when consuming a comparable amount of carbohydrates in solid form. they also found that the SSBs produced double the fat mass compared with the solid carbohydrate. Both carbohydrate sources were the caloric equivalent to three 12 ounce sodas per day in both groups. 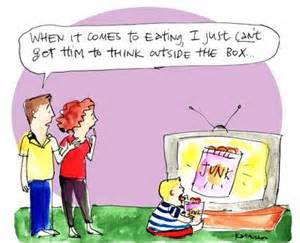 From time to time, we are in situations where alcohol is available.  Beware! Alcohol is very energy dense—at 7 kcal per gram, it is second only to fat, with 9 kcal per gram, creating a multitude of health issues. Aside from the pharmacological effects on the brain and on hormone fluctuation, the additional kilo calories from alcohol do not seem to replace energy consumption from other sources (Yeomans 2010). Therefore, energy consumption from alcohol augments overall daily calorie intake. Alcohol consumed before or with meals tends to increase food intake, probably by enhancing the short term rewarding effects of food.

Scientists have noted a relationship between not walking and weight gain (Gorden Larse et al. 2009).  This suggests that the more people walk, the less likely they are to gain weight. The researchers point out that older Amish people who walk an average of 16,000 steps a day have very low rates of obesity. Adding 2–4 hours of walking per week is an attainable movement target for most people.

Despite the documented benefits of exercise, only half of Americans (51.6%) participate in the recommended volume (150 minutes per week) of moderate aerobic activity during the week, while only 29.3% do muscle strengthening activities at least 2 days per week (CDC 2011). 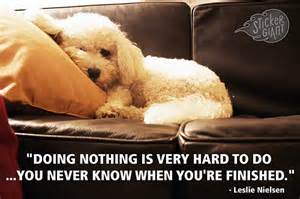 Furthermore, just 20.6% of U.S. adults meet both the aerobic and muscle strengthening guidelines (CDC 2011). This means that the majority of Americans trying to lose or maintain weight will have a positive weight balance because they are not meeting the minimum physical activity guidelines.

To sum up, there are certain behaviors that if changed, can prevent you from becoming overweight or obese. 1) Avoid a diet with too much red meat, processed meats, potatoes and desserts.  2) Get 7-8 hours of sleep at night. 3) Get 150 minute of aerobic exercise each week. 4) Spend a lot less time at the computer. 5) Replace sugary drinks with water.  6) When occasions arise and there is alcohol available, drink no more than a shot or two. Adopting these behaviors will “add hours to your day, days to your year and years to your life.”