The Sweet Has Turned Sour

Previous Next
The Sweet Has Turned Sour

“But what about diet soda?  It has no calories.  I can drink that, right?”  That is one of the most common questions I hear in my clinic.  I understand the question.  After all, it should “make sense,” but sometimes things just don’t turn out the way we think they should.  How can it be that something that has zero calories, or at least a lot less calories than the non-diet version, be beneficial for weight loss or good for your health?  Part of the problem is that we are still looking only at calories and not at food quality.  It is absolutely NOT just about calories. Yes, they matter, but there is a lot more to health and weight loss.

Let’s take a quick review of what we know and then see what some very recent, and indeed frightening, research shows about the serious negative effects of artificial sweeteners. First, let’s look at the sweeteners themselves.

Although all of these sweeteners have been approved for use and have been determined as safe by government authorities, their continued use has been shown to be problematic.  It should be noted that the Center for Science in the Public Interest, citing a study done by the National Cancer Institute, still maintains that saccharin in heavy amounts causes cancer of the bladder.

Some of these sweeteners are known to cause bloating and stomach discomfort as well as rashes/flushing, panic-like agitation, dizziness and numbness, diarrhea, swelling, muscle aches, headaches (migraines), intestinal cramping, bladder issues, and stomach pain.  This is particularly true of people who have food sensitivities and allergies to begin with. In addition many people have chosen to use a more natural product as a sweetener.

Stevia is a combination of about 240 species of herbs and shrubs in the sunflower family. As a sweetener and sugar substitute, Stevia’s taste has a slower onset and longer duration than that of sugar. Some of its extracts may have a bitter or licorice-like aftertaste at high concentrations. With its steviol glycoside extracts having up to 300 times the sweetness of sugar, Stevia has garnered attention with the rise in demand for low-sugar food alternatives. Because Stevia has a negligible effect on blood glucose, it is attractive as a natural sweetener to people on carbohydrate-controlled diets.

Artificial sweeteners not only aren’t helping people lose weight. A study conducted at Harvard Medical School using the Framingham Heart Study shows that consuming diet drinks may actually increase the risk of heart disease.  Ravi Dhingra, M.D. and her colleagues looked at nearly 6,000 middle-aged men and women who had medical examinations every four years.  Those who consumed more than one diet or regular soda per day experienced a 25% increased risk of impaired fasting glucose and high triglyceride levels. They had a 31% greater chance of becoming obese, a 32% higher chance of low HDL levels (good cholesterol), and a 44% increased risk of metabolic syndrome.

A study presented in February of 2011 at the national stroke conference, suggests that today’s popular drinks may increase the risk for stroke, myocardial infarction (heart attack), and vascular death.”People who had diet soda every day experienced a 61% higher risk of vascular events than those who reported drinking no soda,” reported lead investigator Hannah Gardener, ScD, an epidemiologist from the University Of Miami Miller School Of Medicine in Florida.  Previous studies have suggested a link between diet soda consumption and the risk for metabolic syndrome and diabetes. This is the first time diet drinks have been associated with vascular events.

Susan E. Swithers is a professor of Ingestive Behavior Research at Purdue University who has done extensive recent research on artificial sweeteners. Her research shows that there may actually be a metabolic change in our bodies when we ingest artificial sweeteners. Professor  Swithers points out that consumption of sugar-sweetened beverages has been increasingly associated with negative health outcomes such as being overweight, obesity, type 2 diabetes, and metabolic syndrome.

So while using these zero calorie beverages reduces the energy density of diet drinks and foods, we cannot say that this definitely translates into reduced energy intake, lower body weight, and improved metabolic health. Professor Swithers attributes this outcome to the change in metabolism she has identified.  In simple terms, what you see (zero calories) is not what you get (no significant reduction in weight or metabolic diseases).

Recent studies in humans have documented that a number of metabolic and hormonal factors, typically elicited by the consumption of caloric sweeteners, either do not occur or are reduced in magnitude following consumption of artiﬁcial sweeteners. For example, imaging studies in the human brain have indicated that sucrose, but not sucralose, activates the midbrain areas related to reward or pleasantness, and that, compared with sucrose, sucralose results in reduced activation in other taste-related pathways. 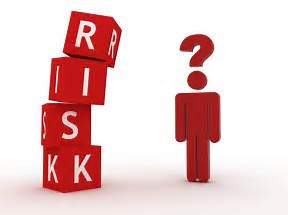 While that may seem like a good thing, what is happening is that these sweeteners confuse your brain, don’t leave your “sweet tooth” satisfied, and do not secrete the release of insulin in a normal way.  You probably are increasing your health risk instead of diminishing it.  This is counter intuitive, but definitely seems to be true.

A new study published this past month in the journal “Stroke”, drew conclusions that sound worrying: In postmenopausal women, drinking two or more diet beverages a day were linked to an earlier risk of stroke, heart disease, and early death.  The study collected diet and health information from more than 80,000 women between the ages of 50 and 79 as part of the Women’s Health Initiative, a longitudinal health study created in 1991 by the National Institutes of Health. The authors looked specifically for a connection between the consumption of diet sodas and other artificially sweetened beverages (like Snapple, Vitamin Water, or Crystal Light) and stroke, heart disease, and overall mortality.

Add to this another study from last 2017, also in the journal “Stroke,” that people who consumed diet sodas every day were three times more likely to have a stroke or develop dementia when compared to people who consumed the drinks once a week or less. I believe all these studies and statistics clearly show that from the point of view of health, these artificially sweetened drinks increase our risk of heart attack, stroke, and possibly early mortality.

None of this is to say we should ever consume sugar in large amounts; we already know the negative consequences of that.  But sugar in small, controlled amounts (not the mass quantities that the processed food makers use) might be a better idea.

In general, we try to get our clients to reduce their intake of diet drinks and foods. We suggest one glass of diet drink per meal – as a weekend treat – and to try to stick to water, seltzer, and teas during the week.

In all, what we DO know is that eating real, whole foods and not consuming diet drinks or diet food is a better way to lose weight and to stay healthy.  Whole foods, such as whole grains and breads, tend to fill you up more and lengthen the amount of time before you feel hungry again.  Diet products almost always tend to leave you wanting more. If you want more, you will probably take more, because after all, it’s meant for people who are dieting!  So remember: just because a certain food is marketed as a “diet” product doesn’t mean it will help you lose weight. If anything, the complete opposite might be true.

The bottom line: consuming wholesome, healthy foods and drinks as opposed to those containing artificial sweeteners will more likely “add hours to your day, days to your year and years to your life.”