Previous Next
THE ENERGY BOOSTER

A relative of mine told me that she was in the midst of her pre-Pesach cleaning when she discovered something not to be believed.  She came home from a long day at work, was faced with more cleaning to do and was exhausted beyond belief.  She took a brief rest and then started her tasks, although she was incredibly lethargic and just had no “get up and go” left.  But, it was erev Pesach and things needed to get done.  So, she tried a very novel idea.  She spent 35 minutes 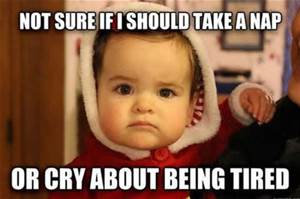 doing her exercise routine.  Guess what?  It “magically” gave her energy to be able to clean for the next several hours.  Now doesn’t that seem to be counter intuitive?  Wouldn’t you think that the last thing you would want to do is spend your much needed energy on exercise when there is so much to be done?  Let’s delve into what exactly happened here and how exercise will just about always give you an additional burst of energy when you think you have none left—even more so than a nap.

“We live in a society where people are always looking for the next sports drink, energy bar, or cup of coffee that will give them the extra edge to get through the day,” says researcher Tim Puetz, PhD. “But it may be that lacing up your tennis shoes and getting out and doing some physical activity every morning can provide that spark of energy that people are looking for.”

Although many studies have shown that sedentary people who start a regular exercise program experience an increase in energy levels, researchers had few studies to quantify those effects. In 2006 however, a study was published in the Psychological Bulletin. The researchers analyzed 70 studies on exercise and fatigue involving more than 6,800 people. More than 90% of the studies showed the same thing: sedentary people who completed a regular exercise program reported less fatigue compared to groups that did not exercise.  The results show that regular exercise increases energy and reduces fatigue and the average effect was greater than the improvement from using stimulant medications, including ones used for attention deficit hyperactivity disorder (ADHD) and narcolepsy.  Researchers say nearly every group studied — from healthy adults, to cancer patients, and those with chronic conditions including diabetes and heart disease — benefited from the exercise.

As a matter of fact, exercise can even be a cure for people who

suffer from fatigue. But don’t get nervous that this requires hours and hours of work each day.  Even 20-25 minutes of aerobics three to four days a week of low to moderate intensity (IT DOESN’T HAVE TO BE VERY INTENSE!), can do the trick.  What is most important is the consistency.  Sticking to a routine for 6 consecutive weeks brings about appreciable change. So, what is it exactly that exercise does to bring us the energy we seem to be missing?

Pete McCall, Exercise Physiologist at the American Council on Exercise, says,  “If a sedentary individual begins an exercise program it will enhance the blood flow carrying oxygen and nutrients to muscle tissue improving their ability to produce more energy (the chemical adenosine triphosphate-ATP).”  In short, ATP is your energy and can be produced both aerobically and anaerobically and is in every cell of your body.  Fatigue can be a symptom of various health problems, including serious conditions such as heart disease and cancer, research has reportedly shown that one in four people suffer from general fatigue that isn’t due to a known medical condition.

The University of Georgia study, which appeared in the March 2008 issue of the Swiss medical journal Psychotherapy and Psychosomatic, involved 36 sedentary healthy, young adults who reported persistent fatigue. The study called for a program of moderate-intensity exercise, low-intensity exercise or no exercise for six weeks. The moderate-intensity group was prescribed 20 minutes of exercise on an exercise bike comparable to a fast-paced walk up hills while the low-intensity group biked for the same duration and frequency, but at an intensity level equivalent to a leisurely walk.

Both exercise groups experienced a 20 percent increase in energy levels by the end of the study compared to the non-exercising group; with the low-intensity group reporting a 65 percent drop in feelings of fatigue while the more intense exercisers reported a 49 percent drop in fatigue.

physiological response, the fact that exercise increases all of the feel-good neurotransmitters certainly makes us feel better and more energetic also.  As Dr. John Ratey writes, “It’s all about communication.”  The brain is one hundred billion neurons of various types that speak to each other by means of hundreds of different chemicals.  Three of the chemicals that we focus on are called regulators.  They are serotonin, norepinephrine and dopamine.  They are all called the “feel good” transmitters. When you exercise, you release more of these. And thereby you influence your mood and your attention in positive ways.  The more of the “feel good” guys, the less depression, anger, anxiety, and the more motivation, positive thinking and happiness you will feel.

This brings us back to Pesach cleaning—or any other tiring task.  You might think you need some rest and relaxation to get your energy back.  But try exercise.  I still remember many years ago when I was a musician,  I had performed at a wedding that was out of town and ran very, very late.  I don’t think I got much more that 3-4 hours of sleep over night and was exhausted from a hard night’s work.  I was scheduled to work out with someone later the next day.  I thought about canceling and using the time to take a nap.  But instead I went to the workout.  I told the trainer that I will start but at some point, I will want to cut the workout short.  What can I say?  I started jogging and after 10 minutes I had all my energy working and felt great—and yes, I finished the whole workout!  This isn’t to say you don’t need to sleep, you do.  But it shows the power of exercise to “wake you up.” Exercising to maintain or increase your energy will “add hours to your day, days to your year and years to your life.”