TechnoStress and your Health

Previous Next
TechnoStress and your Health

When it comes to stress, we all understand the dangers involved to our health.  When it comes to dealing with stress, things can get complicated.  Sometimes, there isn’t much to do about a situation that is causing stress. But what of behaviors or habits that I can change?  Those can be dealt with.  The technology we have today is wonderful in many respects but it can also cause undue stress and ultimately be harmful to your health.   Readers remember a time when the whole idea that everyone could be available to anyone’s beckoned call anytime, anywhere was unheard of.  Now, we are available all the time unless we have put limits on ourselves and that can create stresses previously unknown.  And not only that.  People without cellular devices and phones can be affected in a negative way.

We’ve all been there.  You are attending a concert, the singer and orchestra are singing a beautiful song, and then all of a sudden, the guy sitting three rows in front of you down to the left has a loud, disruptive ring coming out of his pocket.  Your moment is ruined!  And then there is that conversation you are having with a friend that gets interrupted when her pocket book starts ringing.  We live in a very different world, and it is a world that has change much because of the advancement of technology, but not all of that change is positive.

Mobile technology has brought unprecedented advantages, but excessive electronic stimulation produces negative consequences. Digital distraction can harm mental health and cause physical injury from accidents. Some scientists think that our constant engagement in media and telephones is one of the most serious threats to humanity.  On the other hand, some experts think that multitasking with electronic devices may increase the brain’s processing speed.

Distraction from electronic devices is not only real, it is increasing weekly. Although we generally refer to use of multiple devices, or using one device for multiple tasks as multitasking,
there really is no such thing.  “Nobody truly multitasks except in rare situations.  What we are 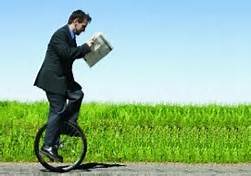 doing is “task switching” according to Larry D. Rosen PhD at California State University.  “We tell our brains to focus on something different for a moment or longer, then we try to go back to our original task.  The problem is that digital technology is highly engaging and lures our attention away easily-and when we return, we need to reconstruct what we were doing and hopefully have enough time to complete the task.”

What is the real impact of digital distraction?

There is more stress. 49% percent of employees who use the Internet or email at work say that technologies such as the Internet, email, cell phones and instant messaging have increased job stress (Madden & Jones 2008). Early research on “technostress” showed that frequent introduction of new software, rapid changes in workplace technology and more time pressures from technology increased workplace stress (Arnetz 1997).

There is more anxiety. More individuals are suffering from “phantom vibration syndrome”—the perception that a cell phone is vibrating when it isn’t. This has been suggested as evidence of anxiety among those obsessed with mobile phones (Rosen et al. 2013). Some individuals suffer anxiety when they can’t check devices and/or social media frequently, but researchers have yet to determine whether this anxiety harms health (Durocher et al. 2011).

Those aged 30–49 have the most difficulty disconnecting fully from work, and this is impacting their life balance.

People find it hard to concentrate. Only 38% of employed adults who go online, use email or own a cell phone say technologies have made it harder for them to focus at work, while 50% of those who own a PDA or Blackberry note problems concentrating at work (Madden & Jones 2008). These statistics, however, predate the proliferation of iPhones and other smartphones. The typical U.S. worker is interrupted every 3 minutes (Silverman 2012).

There’s an increase in distracted-driving and distracted-pedestrian accidents. Nearly 400,000 people

are killed or injured each year in distracted-driving accidents in the United States. Distractions include anything that diverts manual, visual or cognitive attention from driving. Since texting includes all three, it is of particular concern (NHTSA 2013). Pedestrians who use mobile phones while walking also cross unsafely into oncoming traffic significantly more often than other pedestrians (Weksler & Weksler 2012).

The ability to learn is being undermined. Theories of how humans learn emphasize the importance of downtime, which allows the brain to process new information. Some experts are concerned that constant stimulation interferes with this learning process (Richtel 2010b). Students who accessed Facebook more frequently when studying had lower grade-point averages than those who avoided it (Rosen et al. 2013a).

As someone who has done much of his exercising outdoors, I can’t emphasize the great benefits of leaving that cell phone behind and enjoying the fresh air, the green trees and letting your mind relax and not having to worry about that phone ringing.  It is very rare that any of us deal with true emergencies.  It is understandable that a doctor may have to 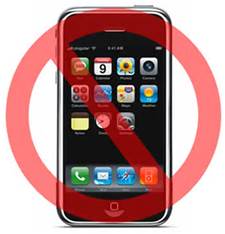 be connected most of the time and possible security personnel.  But for you and I, disconnecting for certain times daily is vital. People can leave a message and you can call back later. It was a mere 25 years ago that the idea of having to be available all the time was practically non-existent.  You don’t have to be!  Give yourself a break.  So be careful and be aware.  Disconnecting is the best favor you can do for yourself, your family and your friends.

Digital technologies has advanced many areas of life and can even save lives, but don’t be enslaved by it.  Keeping your digital distractions to a minimum will “add hours to your day, days to your year, and years to your life.”