Something Needs to Change

Previous Next
Something Needs to Change

The following article was originally published in the Opinion section of The Jerusalem Post (31 Oct. 2022): https://www.jpost.com/opinion/article-721039

A relative of mine, Mr. X, is 90 years old. He started feeling unwell, and while he was feeling a little “off,” he went to get checked.  They found a small kidney stone and said it must be the problem. It wasn’t.  It wasn’t causing the unusual and terrible pain that comes with kidney stones.  Fast-forward to the night of Yom Kippur. Mr. X is on his way to the emergency room.  After a thorough examination, they discovered gallstones with one stone lodged in the bile duct and infection had set in.  Gallstones?  But wait, when Mr. X was 66, he had his gallbladder removed because it was full of gallstones.  They subsequently preformed a procedure that ended up involving some minor surgery and a full recovery.

What if the surgeon had sat down with Mr. X a day or two after the cholecystectomy that was done while he was in his 60s and said, “Mr. X, let’s talk about what brought this on.  You eat a pretty standard American diet, and that means lot of saturated fat and cholesterol.  These are the drivers that make these stones.  So instead of an abundance of foods like meat, chicken, eggs, and dairy, try trading most of that for more fruits, vegetables, whole grains, and legumes. It would help this problem and also would lower your risk of all chronic disease as well.”

But that didn’t happen then and rarely happens now! Mr. X wasn’t even warned that he could get gallstones again. So 26 years later, Mr. X ends up in pain and discomfort and in the emergency room Yom Kippur night.

Mr. Y is a 78-year-old client of mine.  A year and a half ago, at the urging of his wife, he made an appointment with me. I was facing an overweight and sedentary person with multiple risk factors for heart attack, stroke, diabetes and other chronic diseases.  He was on 5 different medications and neither his quality of life or medical conditions were improving.  He had been on the slippery downward slope of aging and disease with medications managing his diseases and somewhat slowing their progress, but doing nothing to resolve his issues.

We got new blood work this past week.  He already was taken off two drugs and it appears now the cholesterol medication can get dropped as well.  His BMI is now just at normal levels as he has dropped over 13 kilograms (29 pounds).  He now eats mostly whole food plants with only a small amount of animal proteins.  The junk food has been cut down by about 90%.  Although he still uses a cane to assist his walking over longer distances, his mobility is much improved.

Now, what if 25 years ago as things started going wrong, his physician sat down with him and said, “Mr. Y, you have the beginnings of what can be debilitating and life-shortening conditions.  I can start you on some medications. However, what you eat, along with increasing your activity and getting a better night’s sleep, may help you more than any medication I can give you.  As a matter of fact, we know of people who have actually reversed and even cured different chronic disease by changing their diet and lifestyle.”

The doctor could have referred Mr. Y to a lifestyle medicine specialist, wellness coach, or on his own if he indeed had that knowledge.  But instead, Mr. Y has had years of suffering along with the expense and side effects caused by meds he didn’t necessarily have to take. Needless to say, now Mr. Y is enjoying improved quality of life, and it’s still improving!

Mr. Z is a 70 year old man. After months of contemplation, he decided to come to me 4 months ago.  His ability for normal daily function was greatly diminished.  Even just going to the store to shop was terribly painful and took great effort.  He was overweight, had high cholesterol, was pre-diabetic, and suffered from dermatitis.  He was on various medications and a whole host of supplements. (Over supplementation is harmful to our gut microbiome and ultimately our health). In addition, he was on a ketogenic diet, which didn’t do much –aside from causing constipation.  It took a lot of convincing, but I got Mr. Z to move toward a more whole-food, plant-based eating regimen. He also signed up for a personal training program in our clinic, and we cut almost all of his supplements out.

After years of suffering and a very low quality of life, Mr. Z began to see great improvement in how he felt, all within 10 days.  He is now off medications, goes to the bathroom regularly, and has reached a weight he hasn’t seen since high school.  Mr. Z has normal cholesterol –without drugs! His sugar has dropped, and the dermatitis is mostly gone.  More importantly, he is active and feels great.  He recently told me this was the first Rosh HaShanah that he was able to go to synagogue for all the prayer services and he even stood up much of the time.

What if 15 years ago his problems had been addressed by our medical system with lifestyle solutions? Suppose Mr. Z had been counseled on how to eat an anti-inflammatory diet instead of a very inflammatory diet that caused more problems than is solved?  All those years of poor quality of life and suffering just didn’t need to be. 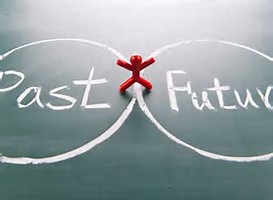 It’s my pleasure to help my clients improve their health and well-being. It’s certainly fulfilling to hear stories from health professionals across the globe that engage in food over medicine, lifestyle over surgeries, and prevention to begin with. Yet we are still mired in just doing what we’ve always done, even when there are better solutions.

Medicine, surgery, and procedures have their place and can save lives.  But the facts are that more than 80% of chronic disease can be prevented or reversed simply through lifestyle.  The holidays are behind us.  Just start—it can save your life and enhance your quality of life! Don’t be one of the people that we have to say WHAT IF about. Leading a healthy lifestyle with an emphasis on eating whole and plant-based foods,  getting enough sleep, and exercising can “add hours to your day, days to your year and years to your life.”