She came, she went, and now she’s back

Previous Next
She came, she went, and now she’s back

Sue is a young lady who came to my clinic 4 and a half years ago.  Her BMI was over 35 and being obese is something she had struggled with from her early teens.  We needed to teach Sue what proper eating and exercise was all about.  It wasn’t easy for her.  After all, a lifetime of eating whatever you want without limits can become ingrained, as with all habits.  This was a bumpy ride to be sure, but in the end of the day, she was trying and was losing weight slowly.  After the first 10 weeks in our program Sue decided not to renew with us.  In her mind, this was a lot of hard work and at that point, the amount of weight loss was not enough for her to feel or see a big difference.  She decided to look elsewhere.  Let’s follow her journey and see where it took her.  Let’s also learn from her mistakes.

Sue began looking for something that works quickly. She wanted something without all the work of changing both her diet and exercise habits.  Her first stop was to start purchasing products from a pyramid type business that claims to sell all kinds of products for better health.  So for weight loss, they sell powders to mix with water in order to replace meals and nutritional supplements. She did this for several months and while she is sure the person she purchased the products from benefited, Sue actually started putting on some of the weight she lost in our program.  In addition, she began feeling sick.

As Sue will now tell you, there isn’t one pill, powder, or supplement that will really help you lose weight.  There is NO magic pill or instant solution to cure obesity and overweight.  So, she moved on to the next attempt.

A good friend told her to do the Atkins diet.  Sue likes protein so this had to be good for her.  Surely it was going to solve her life-long problem.  Well, at first, just by eliminating all carbs, except vegetables, she was eating less calories so of course she lost weight.  This will work great until it doesn’t.  Can the human body really sustain itself without the essential nutrition and fiber that eating good quality whole carbs brings?  Of course not!  After several bouts of severe constipation and feeling sluggish, she couldn’t take it anymore and yes, the weight came back on. 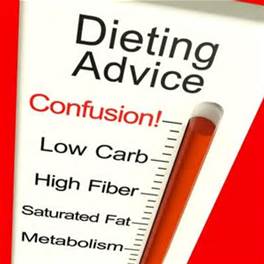 Next, Sue tried what has become known as the Rambam diet.  About 850 years ago, the Rambam wrote how we should go about healthy living, concentrating mostly on diet and behaviors related to eating and exercise.  It is interesting to note that even 850 years later most of what the Rambam wrote still applies.  Yes, we have research he didn’t have and we know more, but nevertheless, eating according to the Rambam’s instructions should yield results.  However, for Sue it was just hard to deal with doing a diet from a book without external support.   Without support, sometimes the best of programs can lead to failure.  Support?  Let’s try a diet group.

Sue joined a diet group.  The group leader is known to use extreme calorie restriction to get results.  So, of course you start out with great weight loss.  But do you know what happens when you don’t eat enough?  You also don’t lose weight.  You see, if you eat too little, your metabolism slows down.  It’s your body’s survival mechanism in case you are truly starving.  All research shows that feeling deprived and being hungry are sure to lead to weight loss failure.

Sue got support from the group leader and her fellow members.  But if you don’t have the right physiology going for you, it just won’t work.  Once again, some weight loss and regain afterwards.  There was almost no attention paid to balanced exercise in this group either.  If this is supposed to be about health, then where are the healthy habits?  This didn’t do the trick either, so a real gimmick caught her attention.

“Imagine if I just need to do something for 20 minutes a week to satisfy my exercise requirements for the week?” Sue thought. Wow! Now, Sue joined a program that uses Electrical Muscle Stimulation.  You get on an exercise machine, like a bike, and with electrodes attached to you, one need only to bike for 20 minutes to build muscle and burn a lot of calories.  Guess what?  This is banned by the FDA in the United States and research says the electronic stimulation doesn’t add very much calorie burn at all. It does work to some extent for astronauts on the space station who are fighting the ill effects of long-term weightlessness. It helps them overcome some of the bad effects.  So if you are traveling to outer space, it might be helpful.

During this entire process, she also thought of surgery.  She researched that, too.  She was told that in order to be covered by insurance, she needed to be even larger.  She also looked into it very carefully and realized that there are risks involved and that without changing her lifestyle habits, gaining the weight back one day was almost inevitable.

This time for real

So, Sue came back after 4 years of being away.  When I saw that she had made an appointment, to be honest, I was very surprised and also very curious.  Now in her 4th week of the program she is extremely focused.  She is following her food plan and her exercise plan, and she is losing weight at a better rate than the first time around.  No gimmicks! Sue feels better physically, and her mental state is much better. She is accomplishing something positive on a weekly basis—and that isn’t just weight loss. 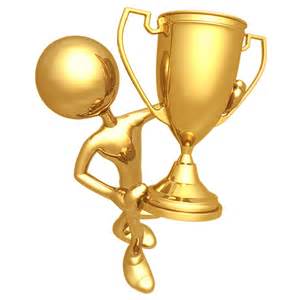 I asked Sue what brought her back to our program.  She told me about everything she had done since she saw me last—as we enumerated.  She also indicated that since she came back, a certain underlying depression she was carrying around had subsided. Then she gave me the biggest compliment one could receive: “What you do here is real—the other stuff isn’t.”

We can clearly see from Sue’s journey, there are no shortcuts.  Sue is done with dieting, diet groups, and trying to follow a book meant for the public at large.  She now understands that quick fixes, shortcuts and gimmicks will never work.  Her newfound understanding and willingness to do the work has put her on the road to success and will help her add hours to your day, days to your year and years to your life.”