Previous Next
Overcoming your Predisposition

We are all created with unique traits, as determined by the genes and DNA.   Does having a “bad” gene for weight mean that it is inevitable that you will be overweight? Will this “bad” gene affect your attempts to lose weight? With a better understanding of what genes really do and how we can overcome predisposition, we can take control of our health, even when with our genetic makeup.

Anna is young lady who has gained weight since her last pregnancy. She exercises, but her weight continues to climb.  When we first met, Anna explained to me that she is somewhat frightened. Several of her family members have steadily put on weight as they have gotten older, but Anna wants to lose weight and keep it off. 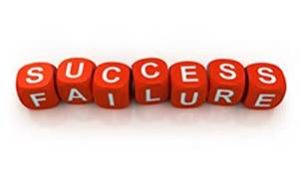 She mentioned that other members of her family have also tried to lose weight and were unsuccessful. Being overweight might be her “genetic” lot in life.  Anna was also concerned because some of her family had become pre-diabetic and diabetic.  I explained to Anna that although the cards may be stacked against her, with a little bit of hard work and just as important, SMART work, she can succeed.

How do genetics work?

Let’s first understand something about what recent research has shown about genetics.  First and foremost, a bad gene doesn’t mean your predisposition is inevitable.  Whether you are talking about weight, health or musical talent (or lack of), genes can be overcome.  As a former musician, I’ve met many very talented people who were great musicians. I also worked with people who weren’t born with great ability, but compensated by working harder.  They practiced more hours, took more lessons, and ended up as good musicians.  They overcame bad genes (lack of natural ability) for music–they created an ability that was not predetermined genetically. The same can be true for losing weight.  We can create an ability to lose weight.

What the experts say

Here’s what a few experts have to say based on recent studies.

Exercise physiologist Dr. Steven Blair, a professor of public health at the University of South Carolina, poses these rhetorical questions: “Are your genetics driving you to eat more? Move less? Genetics hasn’t caused the obesity epidemic because our genetics haven’t changed in the last 30 years.” While our genes are most likely not responsible for the prevalence of obesity, they may give us an advantage (or disadvantage), weight-wise.

Melinda Johnson, registered dietician, nutritionist, and spokesperson for the Academy of Nutrition and Dietetics, says: “While genes strongly decide the shape of your body, peoples’ lifestyle (primarily eating too much and moving too little) is by far the main reason they are fat. Research has shown that our eating and exercise habits are heavily influenced by the people we spend time with the most. This is likely the main reason we see obesity running in families. Genes have an influence, but it’s relatively minor for the vast majority of humans.”

A 2010 study of twins was conducted at the Institute of Preventive Medicine at Copenhagen University Hospital. The purpose of the study was to determine whether dietary habits or genetics and environment were more important as being associated with body fat mass and body fat distribution. Danish researchers concluded that the evidence that genes could affect the proportions of the human body had been overestimated. Genes can’t be used to explain the increase in obesity over the past 70 years. They also suggested that environmental factors, such as habitual diet, must therefore play an important role.

To better understand how genes work, let’s look at the field of epigenetics.  The basis of epigenetics is environmental cues.  For instance, if you live in a community where there is opportunity for consumption of fresh foods and people exercise, the genes that control your weight operate as they should. You can enjoy a fit and healthy body. 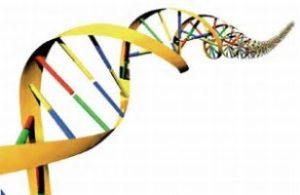 from food addiction by using an integrative Mind-Body approach.

It turns out that the number one way to overcome your genes is exercise.  It turns out that one of the primary genes supposedly dooming us, called the FTO, can have its effect reduced by about a third by good exercise.  “There are genes that appear to directly impact weight, but the effects are small,” said lead researcher Mariaelisa Graff, of the University of North Carolina at Chapel Hill. “You still have a lot of choice over your behavior.”

Concerning the study on this gene (FTO) and the exercise factor, the results are not surprising, according to Dr. Timothy Church, an obesity researcher.  “This research shows, once again, that genes are not your destiny,” said Church. He is a professor of preventative medicine at Louisiana State University’s Pennington Biomedical Research Center.   Church said regular exercise is particularly key in preventing excess weight gain in the first place — and in keeping the pounds off.  Exercise is less effective in helping obese people shed weight, Church said. Diet changes are the critical steps there.

Anna hasn’t been in our program for a long time, but she is already seeing results and overcoming her predisposition toward weight gain.  We changed around her exercise program and added muscle building.  She was already doing aerobics.  But we also made a change in her aerobic program and worked in more intensity, through high intensity interval training.  We added stretching also. Anna now has a very complete and balanced exercise program.  In addition, she met our dietician 4 times and the results in only 5 weeks are astounding.  It’s most likely true that Anna is predisposed for being overweight, but she is battling back against her genes and natural tendencies and it is bringing results.

Yes, we have to work hard to battle a bad genetic makeup and yes, it can be done.  Is it worth the effort?  Most certainly, because it will “add hours to your day, days to your year and years to your life.”