Previous Next
It’s a Process!

The following article was published in the Opinion section of The Jerusalem Post (29 Nov. 2022): https://www.jpost.com/opinion/article-723586

“If it came from a plant, eat it; if it was made in a plant, don’t.”  A quote from food author Michael Pollan.

It’s crunchy, it’s tasty, it’s mouthwatering, it smells great and you always want more. But it can make you sick or even kill you. A study released only a few weeks ago shows us, once again, the harm of eating ultra-processed foods.  These processed foods have become extremely prominent in the Western diet.  As a matter of fact, the estimates in a country like the United States is that processed foods makes up more than 60% of the food consumed on any given day.  What is processed food? Why is the ultra-processed variety so harmful to our health? What’s keeping us from eating real, whole foods?

What foods are we talking about?

Processed foods refer to any food that is altered from its natural state. This can include food that was simply cut, washed, heated, pasteurized, canned, cooked, frozen, dried, dehydrated, mixed, or packaged. It also can include food that has added preservatives, nutrients, flavors, salts, sugars, or fats.  But let’s get more specific.  A few years ago, I attended a webinar hosted by Dr. David Katz of Diet ID and the founding director of the Yale-Griffin Prevention Research Center. The subject of the panel discussion was the effect of processed food on health.  One of the panelists was Carlos Monteiro, professor of Nutrition and Public Health at the University of Sao Paulo, Brazil.  He was instrumental in creating what is known as the NOVA scale that rates just how processed a food is, and subsequently, how damaging the consumption of those foods may be.

It is this system which is the basis of the Israeli system of red circles indicating high amounts of added sugars, added sodium and added fats.

Although we tend to focus on individual nutrients instead of the “wholeness” of a food, Monteiro and his colleagues found out something interesting. Since the 1980s, despite consumers buying less sugar and dietary fats, consumption was increasing strong, due to the industrial products that contain large quantities of these items. 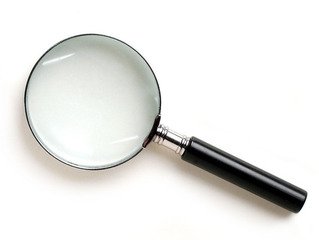 A study published the first week of November this year in the American Journal of Preventative Medicine, showed a substantial increase in premature death in those whose diets include processed foods. Eating ultra-processed foods — or those that contain little or no whole foods in their ingredients — was associated with tens of thousands of premature deaths in 2019, according to results of a study in Brazil.  However researchers noted Brazilians eat far less of these foods than individuals in high-income countries like the United States, Canada, and Australia.

One of our innate behaviors is to try to do things the easy way.  There is no argument that buying ready-to- eat-meals, jarred sauces, cakes, cookies, candies, most breakfast cereals, and pop-in-the-microwave types of food are faster to prepare than cooking whole foods.  But we must always ask, at what cost?  We know the cost—early mortality, sickness and suffering.  Michael Pollan, who we quoted at the beginning of this article, doesn’t even refer to the category 3 and 4 processed foods as food.  He calls them “food-like edible items.”  And that is what comprised almost all the food in the middle aisles of today’s grocery store.

As I have written and spoken about many times before, YOU are in charge of your health.  Your lifestyle habits, and especially your diet, are the main determinates of how you’re health and longevity. Most important, this is all about quality of life and ability to perform in every area.

Some changes to make 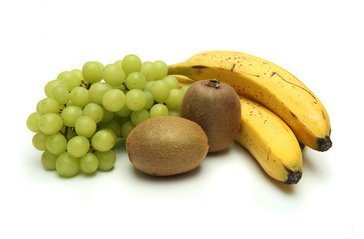 Let’s make this easy. Switch to a whole-food, plant-predominant diet.  It doesn’t have to be complicated.

If you want to get more complicated, that’s fine.  One of my long-time clients has become a plant-based chef preparing incredibly savory dishes and desserts.  I can’t think of a greater investment into better overall health.

Remember, processed foods are addictive. They send signals to your brain to eat more and more.  The companies that manufacture them know exactly how to make them that way!  And because the fiber and other important ingredients have been stripped out, they don’t fill you up.  Whether a potato chip, a cookie, a candy, or a ready to eat prepared food, switch it out for a mostly whole-food, plant-based way of eating and it will, “add hours to your day, days to your year and years to your life.”