Every news publication printed it. All the electronic media across the globe broadcast it.  What was it that caught the attention of the world this spring?  The basic headline was “POOR DIET KILLS MORE THAN SMOKING AND HIGH BLOOD PRESSURE.” The study publicized shows that the “Western diet,” now known as SAD-Standard American Diet, is bringing one in five people to an early demise.  But we also see something else – lack of fruits, vegetables, and whole grains is just as much to blame!

This might not have been news to all those who read my columns. It felt good that a large scale study, involving so many of the top experts in the world, validated the science I have been imparting to my readers for many years.  Let’s step back for a moment and see the bigger picture. 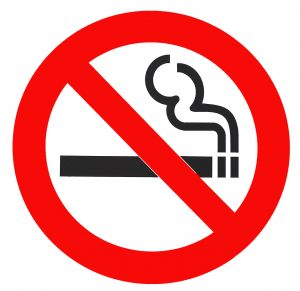 The number 7,000 probably doesn’t mean a lot to most people.  But let’s take a look back in history.  On January 11, 1964, Luther L. Terry, M.D., Surgeon General of the U.S. Public Health Service, released the first report of the Surgeon General’s Advisory Committee on Smoking and Health. On the basis of more than 7,000 articles relating to smoking and disease already available at that time in the biomedical literature, the Advisory Committee concluded that cigarette smoking is—

The release of the report was the first in a series of steps, still being taken more than 40 years later, to diminish the impact of tobacco use on the health of the American people. For several days, the report furnished newspaper headlines across the country and lead stories on television newscasts. Later it was ranked among the top news stories of 1964.

Think about this for a moment.  For years before this “official” proclamation we knew that there were dangers in tobacco use.  All of this literature existed telling us about the dangers of smoking.  What about the moral and ethical responsibility of public dissemination of this information?

In other words, it was known all along by many in the scientific community that smoking was killing people.  So why did we have to wait for over 7,000 studies to begin educating people that cigarettes are dangerous?  It then took several decades to reduce the amount of smokers in the United States from 50% of the population to 20% (still way too high).  A lot of lives may have been spared had this information been dispensed sooner.

There are already more than 3,000 papers, reports and studies telling us everything in this “new” report.  This new large and comprehensive report was nothing but positive news for improving people’s health and wellness. One would certainly enhance the quality of their life if they follow its recommendations.  But we’ve know all of this for a long time already!  Many of My colleagues and I have been pushing these ideas about diet and health for a while.

Also, this report is still ignores the importance of reducing dairy and limiting fish. In a way, this report is similar to the 1964 report on smoking.  We learned some of the dangers of smoking but it didn’t tell all the dangers.  And it took way too long for all of that to come out! They are still only gradually releasing information.  What you read in my columns is always backed by good science.  Yes, it’s true that the science can change over time as we are able to gather better data, but what we know currently is very conclusive.  Do we really have to wait for another 3,000 papers and reports before we start taking care of ourselves?  I certainly hope not!

The report the made headlines

The lead author of this report was Dr. Ashkan Afshin of the University of Washington.  It involved 130 scientists from 40 countries.  Basically we learn that fat, sugar, and salt (in great abundance in processed foods and the Western diet in general) can be killers.  The study, which was published in the esteemed medical journal The Lancet, showed that in one year, diet was behind 9,497,300 deaths from cardiovascular disease, 913,100 deaths from cancer, 338,700 from diabetes and 136,600 from kidney disease.  In comparison, tobacco was associated with 8 million deaths total and high blood pressure 10.4 million.  Poor diet alone has accounted for about 10.9 million deaths per year.

It is interesting that the worst countries were China, India, Russia, the United States, Indonesia, and Pakistan.  The things they have in common are not just high consumption of salt, sugar and fat, but there is a terrible lack of good nutrition.  It’s not just that we are eating bad foods, we aren’t eating nearly enough good foods.  On average, we are only eating 12% of the recommended amounts of seeds and nuts, only a quarter of the amount needed of whole grains, and on the fruit and vegetable side, we aren’t even a third of the way there. 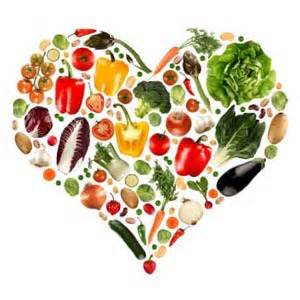 Most doctors get little or no nutrition education in medical school.  The flip side of this is that there are now about 3,000 doctors registered with the plant-based doctors organization (plantbaseddoctors.org and plantbaseddoc.org) who have gone out and re-educated themselves. They now use nutrition as a first line therapy to cure, reverse and prevent disease.   I will be happy to provide guidance and resource material to your doctor to help him or her understand how to heal with food. Using food can not only prevent disease, it can reverse and cure it. Medications generally manage a disease.

So here are two pieces of good news.

Make the commitment today to start making the changes that will “add hours to your day, days to your year and years to your life.”