Previous Next
Dropping out?

The vast majority of clients that come in to our 10 Week program complete the program.

Several clients also move on to a continuing program.  One thing all participants in the 10 Week program can tell you is that they gain a lot of knowledge about healthy eating and exercise. Most participants can also tell you that there have been positive changes to their health.

Occasionally, someone signs up for 10 Week to Health and thinks there is a magic pill we give for success.  I wish there was.  Weight loss always requires making some changes in eating habits and activity. A few small changes that can make a big difference!  We were all surprised when Mike, after this third week, decided not to continue.

Mike came into the program with a goal of weight loss. When Mike came in, he seemed ready to make some changes.  He was very compliant with his exercise assignments and was already eating relatively healthy…but the numbers on the scale were static. When we don’t see weight dropping when in theory it should be, we have to take a closer look at what is going on.  After I asked Mike a lot of questions, it became apparent to me that he was simply overeating.

When I brought this up, Mike assured me that he was only eating healthy choices. He gave me a quick overview of what he eats on any given day.  But then I asked him, “How much are you eating?”  Mike described the supper he ate the night before, and confirmed that my intuition had been correct. Although he was eating healthy food, he was eating too much.

Mike’s response was really interesting.  He told me that if he eats any less than he is presently eating he will be hungry. Mike proceeded to tell me that he thought the 10 Week program had some kind of a new idea for weight loss that would allow him to eat as much he wanted and still lose weight.  I explained that the “new idea” of my program is that unlike all of the gimmick programs out there, we rely on proven, tested science. We give people a program for sustained weight loss that becomes part of their lives.  We are not interested in losing a lot of weight quickly that will only come back on.

Apparently, Mike couldn’t accept that he would have to make certain changes to be successful.  I explained to him that he might want to eat more, but if he was following his well-balanced food plan, he shouldn’t be feeling hunger.  Wanting to eat more has nothing to do with hunger. Mikes meals had adequate proteins, unrefined carbohydrates and healthy fats.  He also was hydrated.

Instead of troubleshooting his problem with me, Mike became confrontational. He wanted to blame the program.  Here we had an opportunity to problem solve.  I know from my own weight loss adventure, and from working clients over the last 20 years, that without making some effort, there won’t be a real result. For some this means being a little hungry until your body gets used to the idea.

Discomfort when starting a new routine

We try to work out peoples’ food plans with snacks built in and enough food to keep hunger to a minimum.  Some will have to give up foods if these foods are addictive and they can’t limit their portions.  Some people may enjoy sedentary living, but they will have to give up an easy lifestyle to one that will be unfamiliar and even uncomfortable at first. The good news is that after learning healthy, controlled eating and doing a little bit of exercise, people usually feel so good that they don’t want to go back to how things were. 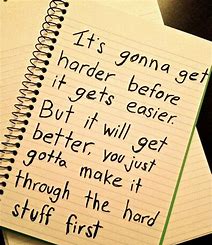 We all know that change is difficult. Achieving practical results requires constant awareness and effort. When it comes to eating the challenges are especially difficult.  We have to eat properly in order to function properly. We must eat! But we have to come to terms with the fact that nothing is without sacrifices if we want to reap benefits.

It took Mike a couple of weeks to realize that what I said in our conversation at his previous was correct.  It took him some experimenting, but in the end he did indeed realize that he could eat a little less, not be hungry and lose weight comfortably.  After dropping 2 kilo over three weeks of making small changes, he decided to come back. Mike is now continuing to push forward making more small and incremental positive changes in both his eating and exercise.

Like most things in life, there is no free ride. And that means that sometimes we have to make some sacrifice to gain a result. It took a while for Mike to realize there is no instant fix or magic cure for weight loss. Mike but realized that making a few changes had him reaping great reward.  He was able to “add hours to your day, days to your year and years to your life.”