I have contemplated writing an article on this subject for close to 10 years.  Why haven’t I?  Because this subject is controversial. Controversial?!  Everyone knows that high cholesterol causes heart attacks and strokes!!  Well, maybe not!

It’s a complicated topic, but I think my readers need to have enough information to make an informed decision before they decide to take medications to lower cholesterol. I also believe there is what to learn about how lifestyle changes can keep one’s risk of heart problems in check far better than a statin drug!

A while back, I had a personal training client who had done wonderful things for his health because of our exercising together.  He often thanked me not just for his physical well-being, but for his mental well-being, too.  That is quite a compliment to receive from a psychologist.   One day he called me and told me his brother was coming to visit and would like to see me.  My client’s brother, Wayne, was looking for ways to lower his cholesterol without taking statin drugs.  This all seemed reasonable, but I didn’t know the whole story at the time.

Wayne made an appointment and told me his story.  It left me frightened.  He had a large building-engineering company in the New York area.  He went to see his doctor for a routine checkup and they took a blood test.  As he was now getting older, his cholesterol was getting higher.  Since one of his parents had died at an early age of heart problems, Wayne’s physician decided to put him on statin drugs.  All was fine for about a month.  Then one morning, Wayne woke up and was going to do his usual morning routine before heading into the office.  There was one problem—he couldn’t move his legs.  Yes, he was paralyzed.  His wife called an ambulance and he was transported to the hospital.

Over the next 3 weeks the neurologists and orthopedists ordered test after test after test.  No one could figure out what happened to Wayne.  Wayne sold his business thinking that this would be his fate.  At the end of his third week in the hospital, a young internist was doing his rounds and came into Wayne’s room.  He looked over his chart carefully.  He took Wayne off of his statin drug.  A few days later, he began to feel his toes again, a few days after that, he started getting feeling back in his legs. In the end Wayne got his legs back but had to spend months in rehabilitation learning how to walk all over again. 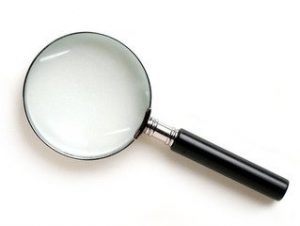 Let’s take a look at cholesterol and the crucial role it plays in helping our bodies function and learn what’s true and not true about its possible effects on heart disease and stroke.

Even though most people think of cholesterol in a negative way, cholesterol actually plays a very important role in the functioning of the body. According to The Mayo Clinic, cholesterol is found in every cell in our body and without it our bodies would not function properly. Understanding why it is there and the purpose it serves is something everyone should be aware of.

The Role that Cholesterol Plays

In addition, cholesterol plays an important role in our body’s digestion. Cholesterol is used to help the liver create bile which aids in digesting the food we eat. Without bile our bodies are unable to properly digest foods, especially fats. When the fat goes undigested it can get into the bloodstream and cause additional problems such as blockages of the arteries and can cause heart attacks and heart disease.  Yes, you read that correctly—without cholesterol, we can have a heart attack.

Cholesterol is also a component of cells. Polar lipids and Cholesterol make up the structure of each and every cell in the body. Cholesterol is there to provide a protective barrier. When the amount of cholesterol increases or decreases, the cells are affected. This change can affect our ability to metabolize and produce energy. This can affect food intake and digestion.

We see how essential cholesterol is for life.  But what about what we’ve been told, for what seems like forever, is that high cholesterol is the cause of heart disease.  Of course at first it was the overall cholesterol number.  Be below 250, but then they said 240, then 220 and now 200.  Then they changed their minds again.  Don’t look at the overall cholesterol but look at the part of cholesterol called LDL—the bad cholesterol.  And that was true until they told us that it’s really just a certain part of the LDL that is causing the problems. Or maybe we just need a high HDL—the good cholesterol?   And now we know that none of that has ever really been proven in a good, comprehensive, unbiased study.

In the 1940’s researcher Ancel Keys began what became known as the “7 countries study.”  This study was very problematic in the way it was set up and has been questioned and criticized by scientists.  Nevertheless by the 1980’s many said that the lipid hypothesis had been proven beyond a doubt.  However, there were many contradictory studies that weren’t cited.  With the advent of statin drugs, none of the negative studies were ever cited.  But let’s put this in a way you and I can understand it.   The following statement is absolutely true:  In the United States of America, half of the people who have a heart attack don’t have high cholesterol and half of the people who have high cholesterol never have a heart problem.  This has bothered me for a long time and along with the initial story about Wayne. It got me looking at this issue very closely. 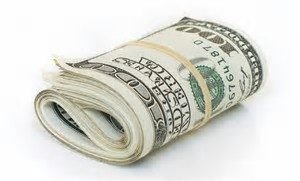 Big Pharm) are exactly as the name states; companies that manufacture drugs and make a profit doing it.   There are over 19 billion dollars in sales of cholesterol lowering drugs. The statin category of drug is the most prescribed drug in America closely followed by anti-depressants.  In short, we have a huge conflict of interest here.  They fund the studies (and potentially manipulate the results), they pay for the conferences and conventions for the doctors.  If we would come out and say that treating high cholesterol won’t really protect people from heat attack and stroke, the economic impact would be extremely negative for these massive companies and possibly, at least in the short term, for the economy as a whole.

An important word about statin drugs

First of all, the NNT of these drugs (number of people that need to be treated for one person to get benefit) is 104.  That means you need to give this drug to 104 people in order for one person to benefit.  Second, the side effects of statins are possible muscle pain, liver damage, an increase in the chance of getting type 2 diabetes and memory loss.  So we have all of these possible side effects that can impact the quality of one’s life because one person out of 104 might get benefit?  But that is the statistic for the population.  For those who think we should “put statin in the water,” in other words, use them as prevention, the NNT for people with low cardiac risk is well over 200!

So you see, as nutrition journalist Michael Pollan points out the “lipid hypothesis is melting away.”  Independent evidence, meaning studies without the influence of the pharmaceutical companies, just doesn’t show that cholesterol has a direct role in clogging up our arteries.  It does play a role however, but lowering cholesterol isn’t the answer.  Neither is eating an extremely low fat diet.

Taking the proper steps to keep our hearth healthy will “add hours to your days, days to your years, and years to your life.”

In part 2 of this article we will examine new research showing what really causes plaque to build up and what steps we can take to prevent this.  We will take a look at what we have found out over the last 5 years. You might be very, very surprised.