A Story for Rosh Hashanah

Previous Next
A Story for Rosh Hashanah

Prior to writing my columns, I always try to think through an idea before I put it to paper.  This column was to be no exception and I actually began mapping it out in my mind several weeks ago.  Just when you think you have it all down, something comes along that you can’t ignore and it’s time for a rethink.  And so it happened last week as I was leaving the office for the day, my phone rang.  I saw the number identified as an old personal training client of mine from many years ago.  As a matter of fact, I can tell you that he is one of my original clients from when I was a relatively new fitness trainer.  Although we are in touch every now and then, his call was unexpected and unusual to say the least.

Simcha (not his real name) came to me more than 15 years ago.  He was a vice president of marketing in a high-tech company when high-tech was a new and budding field.  He was under chronic pressure and stress trying to help this start-up company succeed.  It meant long hours at the office and constant travel abroad to their American office, and all over the world, in order to sell their product.  There was hardly an economically viable place on the planet that Simcha hadn’t been to.

But he came to me because he was overweight, and his doctor told him to try me out because his blood pressure was too high and if he didn’t want medication, he needed to make the lifestyle changes necessary and to lose weight.  We began to work together on exercise and diet and Simcha was an incredibly focused and compliant client.  He ended up losing more than 20 kilo over time.  Just as important, he began exercising on a regular basis and went from being sedentary and totally unfit to a very in-shape and healthy person.  Not only did he avoid having to take blood pressure medications, he learned how to handle his stress better.  I still remember at one juncture, his company needed to lay off some workers. 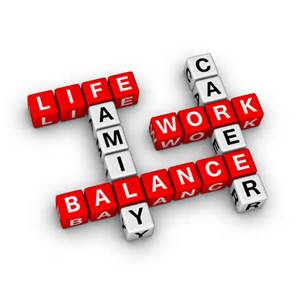 He told me that in the past, after a day like that, he would have gone out to a fast food place for a burger and fries before going home to eat a full supper.  Now, he was coming to me for a workout and taking care of this stressful situation by exercising, not eating out of control.

Simcha stayed a training client of mine for a few years but then moved on and joined a local gym.  He still exercised 3-4 times a week and kept his weight off, albeit with the normal fluctuations people have.  His blood pressure remained normal and he eventually changed jobs so he could work from home more and see his family more.  Unfortunately, a few years ago Simcha came down with a rare neurological problem and it inhibited his ability to walk normally.  Although still trying to take care of himself, he was now limited.

Now, back to the phone call.  Simcha called me up and said that he was sure I was wondering why he was calling.  So, he told me that he called me to thank me.  I couldn’t imagine what he needed to thank me for after all these years.  THIS IS WHERE THE STORY GOT VERY INTERESTING!

Simcha proceeded to tell me that a few months ago, he developed a deep vein thrombosis (DVT—blood clot in his leg).  I suspect his limitations in walking may be related, but without much warning, this clot moved right up into his lung and he now had a life-threatening pulmonary embolism.  Before he even had time to realize what happened, he was in cardiac arrest—his heart stopped beating.  He was resuscitated for more than 10 minutes before he was revived.  In other words, he was clinically dead and brought back.   A true, G-d sent miracle!

So why did Simcha call me to thank me?  Although I am a former CPR instructor, I wasn’t there to resuscitate him.  A little bit about the physiology of the heart and brain—when they don’t receive an adequate supply of

oxygen, as in, it stops beating for a certain amount of time, or you are being resuscitated for a long time before your heart returns to a normal rhythm, there is a likelihood of damage even if you survive.  Simcha was released from the hospital and the doctor told him that he has an unusually strong heart.  As a matter of fact, he couldn’t recall after any similar story that one’s heart was undamaged.  It was the exercise.  All these years of exercise helped Simcha survive an incident that many don’t survive and not only survive, but he remained totally intact!

I don’t take any credit; I was simply the right person, at the right place, at the right time.  Simcha was the one who executed the program and saved himself.  But his “thank you” affected me deeply.  First off, his realization that his commitment to his own health over the years allowed him to survive.  Unfortunately, not everyone realizes the good they are doing to themselves, and their loved ones, by undertaking the commitment to good health.  Secondly, I felt very privileged to have had a part in Simcha turning his life around.  For some reason, this phone called caught me off guard and I was, for a few days overwhelmed by it.  To think that it was under my auspices the Simcha accomplished what he accomplished– which ultimately helped him live again (Thank G-d) — is probably not something that most of the readers of this column may ever experience.

I love what I do, and I am passionate about the need for each and every one of us to take our health into our own control.  You have read here time and time again—exercise on a steady basis (it doesn’t have to be intense), proper eating (it doesn’t have to be perfect) and learning how to control our stresses will go a long way toward being able to lead a life where we have wellness, happiness, and productivity.  We don’t have to spend our older years in the doctor’s office.  We can take that time and put it into learning, giving, and being good parents and grandparents.  But when you are sick, you can’t do what you want to do whenever you want to do it. It pays to take care of yourself.

Rosh HaShanah is upon us again.  Each year, all of us try to commit to changes.  Most of the time, we try to take on too much and the changes don’t stick.  So I ask all of you—pick one change on the exercise front, one meaningful change in your eating, and figure out

what you can change in your life that will decrease your stress levels.  Write them down and if you need to, write down a plan on how you are going to accomplish those changes.  You might be surprised at how a few small changes can make all the difference in your health.

We are all overjoyed that Simcha will be joining us this year on Rosh HaShanah.  Let’s make sure that each and every one of us will be able to enjoy Rosh HaShana this year and in years to come.  Let’s all pray this year for G-d to give us the ability to “add hours to your day, days to your year, and years to your life.”